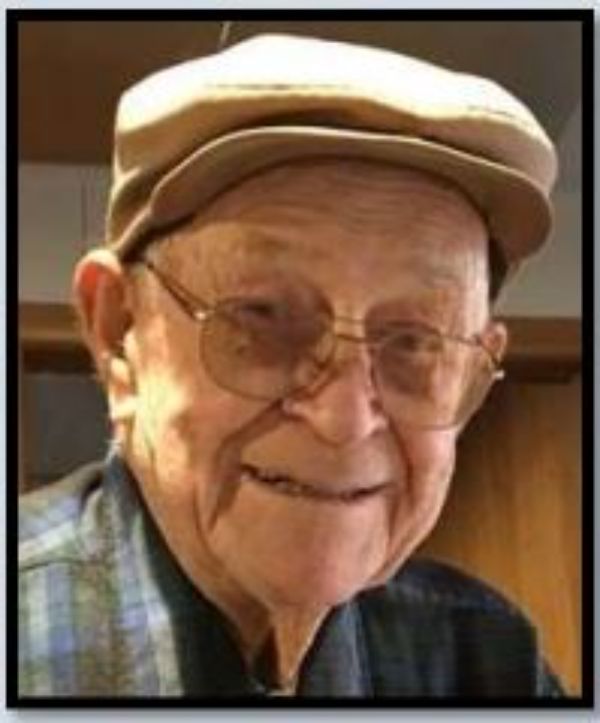 Walter Henry Weismann, age 96, died Friday, November 30, 2018, at the Elwood Care Center, in Elwood, Nebraska. He was born June 10, 1922 in Gosper County, Nebraska to Albert and Caroline (Pfeiffer) Weismann. He was the second of six sons. As a youth, he helped on the farm and attended school at District 56. In order to be confirmed in the Lutheran faith, he repeated the 8th grade at Salem Lutheran Parochial School. In the mid 1920’s, to help with family finances, he was part of the CCC working at Beaver City constructing dams. At Kearney, he was a member of the NYA doing woodworking at the Fort Kearney Airport. After receiving his draft notice, Walt was inducted into the Army at Fort Leavenworth, Kansas in December of 1942. He did his basic training at Camp Claiborne with its dusty tar-papered barracks in Louisiana. He received training in the Army Medical Corp, and serving in the 103rd Infantry Division. Action that he saw as part of the European Theater was in France, Germany, Austria, and Italy. After his discharge, he returned to Elwood and farming. On January 25, 1947, he and Dorothy Davis were married at Norton, Kansas. Walt was a charter member of Our Redeemer Lutheran Church where he remained a faithful member. Civic responsibilities were also a part of his life serving on a school board, helping at church, and being active in the local pork producer’s organization. Upon retirement from farming work, he worked for Consolidated Blender. He next worked at Lakeside Country Club and became hooked on the game of golf. After his second retirement, Walt was able to remain in his home taking care of his yard and garden, enjoying his time at the Senior Center, and getting in his daily 2 mile walk. Walt is survived by his daughters Dianne & husband Dean Keller of Eustis, Nebraska, and Karen Schutz of Eustis, Nebraska son, Dan Weismann, of Elwood, Nebraska, special friend and companion Ruth Schutz of Elwood, brothers Max and wife LaDonna Weismann of Holdrege, Nebraska, Jerome and wife LaVaughna Weismann of York, Nebraska, and James Weismann of Elwood, Nebraska, Brothers-In-Law Homer Davis, of Elm Creek, Nebraska, Howard and wife Erlene Davis of Arapahoe, Nebraska, grandchildren; Ian & Aaron Weismann, Melissa (Tucker) Thompson, Brenda (Jim) Collura, Shane Schutz, Dustin (Mary) Schutz, Davy (Selena) Schutz, Jennie Hughes, Liz and Paige Chrisp, and 17 Great-Grandchildren. Walter was preceded in death by his parents, wife Dorothy, brother Martin and Leonard Weismann, daughter-inlaw Marcy Weismann, sister-in-law Shirley Weismann, Guiva Weismann, Annette Weismann, Sandra Weismann, nephew Barry Weismann Viewing and Visitation will be on Friday, December 7, 2018 from 4 PM to 8 PM with family present from 5 PM to 7 PM at Our Redeemer Lutheran Church in Elwood, Nebraska. Funeral services will be Saturday, December 8, 2018 at 10:30 AM at Our Redeemer Lutheran Church, in Elwood, Nebraska with Rev. Kenton Birtell, officiating. Interment will be at Robb Cemetery, Smithfield, Nebraska with military rites by the Elwood American Legion and the Nebraska Army-National Guard Honor Guard. Elwood Funeral Home, Elwood, Nebraska is in charge of the arrangements. Condolences or personal reflections can be left at elwoodfuneralhome.com

To order memorial trees or send flowers to the family in memory of Walter Henry Weismann, please visit our flower store.
Send a Sympathy Card