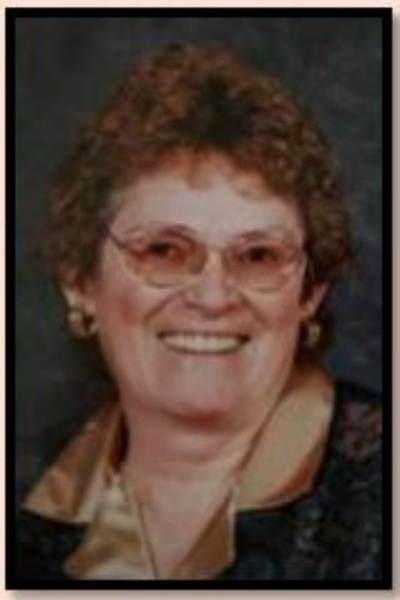 Verna Raye Horton, age 81, of Arapahoe, Nebraska passed away on August 4, 2021 at the C.A. Mues Good Samaritan Center in Arapahoe, Nebraska. She was a born on the farm near Arapahoe to Eli and Ethel Elizabeth (Scott) Brown. She also had a twin sister born that day, Vera Faye Brown. Verna attended grade school in a one room school house. She then attended high school at Arapahoe High School graduating with the class of 1957. She married Clifford Houser on November 24, 1957 and they would later divorce, but to this union were born 7 children. Cliff (J.R.), Michael Dean (Mike), Marjorie Anne, Douglas Allen, Angie Elizabeth, Terry Andrew. While raising her family, she would often be found outside helping with the farm and ranch. When her children were grown enough to help they would help with the day to day chores. Verna Raye was a hardworking, devoted mother. She loved her gardening and especially her roses. Everywhere she lived, she planted a special rose bush and if she moved, it was left behind for the next tenant. She had a dream that lived unfulfilled until 1990. She wanted to go to college. She attended Lincoln School of Commerce in Lincoln, Nebraska. She graduated with honors with an associate degree as a paralegal. At that time, she was the oldest student to graduate from her class. She married Dan Horton on May 12, 1991. He went home to his Savior and friend Jesus Christ on November 12, 2010. Verna and Dan had always known each other as they played together when they were small. They attended church, VBS, and high school together while graduating in the same class. They were blessed with 20 years. Later in life she received her Lord and Savior Jesus Christ. He became her constant companion directing her life and home. The motto for her life and home was from Joshua 24:15 “As for me and my house we will serve the Lord”. She prayed constantly for the salvation of her children and grandchildren. Her faith has carried her onward and always upward, which led her to eternal life with Jesus Christ. One of Dan and Verna’s special accomplishments was helping to start the McCook Harvest Church. They felt honored to do this for their Lord and Savior Jesus Christ. Verna and Dan entered the C.A. Mues Good Samaritan Society Home in Arapahoe in 2007. They came on the same day and lived there until Jesus called them home. She was preceded in death by her parents, husband Dan, twin sister Vera Faye, sister Arliss (Norman) Kinder, Janice (Bill) Harrington, infant daughter Susan Lee, daughter-in-law Karen Houser. She is survived by her children; Cliff Jr. and wife Sharon Houser of Eustis, Nebraska, Michael and wife Sonja Houser of Elwood, Nebraska, Marjorie and husband Howard Richard of Edmond, Kansas, Douglas Houser of Cambridge, Nebraska, Angie and husband Sam Castro of Greeley, Colorado, and Dr. Terry and wife Amanda Houser of Slater, Iowa, 24 Grandchildren and 21 Great-Grandchildren and several nieces, nephews, and many adopted families. Viewing and visitation will be Friday, August 6, 2021 from 5 PM to 7 PM at Wenburg Funeral Chapel, 652 Main Street, Arapahoe, Nebraska. Funeral service will be Saturday, August 7, 2021 at 1 PM at First United Methodist Church, Arapahoe, Nebraska with Pastor Nathan Goshert, officiating. Interment will be at Arapahoe Cemetery at Arapahoe, Nebraska. Memorials are suggested to C.A. Mues Good Samaritan Center or donor’s choice. Service will be livestreamed on “Wenburg Funeral Home- Arapahoe and Beaver City” Facebook page. Wenburg Funeral Home of Arapahoe, Nebraska is in charge of the arrangements in Nebraska. Condolences and personal reflections may be left at wenburgfuneralhome.com.

To order memorial trees or send flowers to the family in memory of Verna Raye Horton, please visit our flower store.