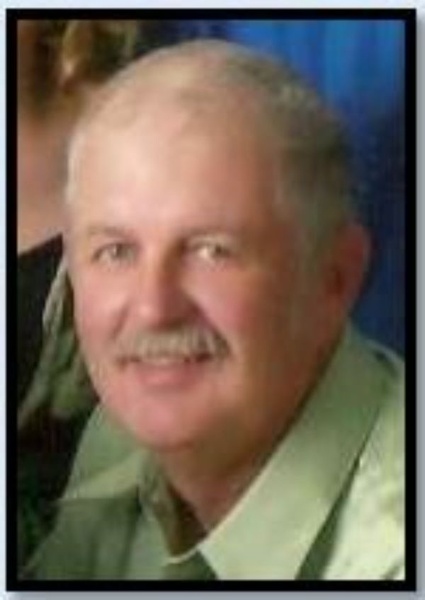 Terry L. Smith Sr., age 69, of Holbrook, Nebraska passed away on Saturday, October 3, 2020 at CHI St. Elizabeth Hospital in Lincoln, Nebraska. He was born on December 24, 1950 at McCook, Nebraska to Harry and Mary Joyce (Jacobson) Smith. He attended Arapahoe High School and graduated with the Class of 1969. He entered the U.S. Navy in 1971 and served on the USS Sperry and the USS Guide. He was a shipfitter and earned many accommodations while serving; Navy Reserve Meritorious Service Metal (4 awards), National Defense Service Medal (2 awards), Navy Marksmanship Rifle Ribbon, Letter of Accommodations (1 letter). He was discharged in 1974 and served in the reserves from 1987 until 1999. He married Leslie Ehrke on March 26, 1977 at the Lutheran Church in Stamford, Nebraska. To this union 4 children were born: Lona, Kathleen, Terry Jr., and Brandi. Terry would start to farm while also having a refrigeration & electrical service on the side until 1994. He would then work for Holbrook Coop until 2003 when he went to work for Cargill as trucker hauling fertilizer. He would also help Gene Glanzer and Warren Harper farming, but then Terry was forced to slow down by health problems. He would move into the C.A. Mues Good Samaritan Center in January of 2020. He was a lifetime member of the National Rifle Association, a 50-year member of the First United Methodist Church of Arapahoe, and the Holbrook Lion’s Club. Reloading and shooting guns, raising livestock, and trapping were some of his favorite pastimes. He is survived by his wife Leslie Smith of Holbrook, Nebraska, daughters Lona Smith of Lincoln, Nebraska, and Kathleen Smith of Florida, son Terry Smith Jr. of Bertrand, Nebraska, daughter Brandi Smith of Lincoln, Nebraska, granddaughter Blakelee Smith, and 5 other grandchildren, brother Dan Smith of Beaver City, Nebraska, sister Deb Kruse of Hanover, Kansas She was preceded in death by his parents, brother-in-law Earl Kruse and sister-in-law Joy Smith Viewing and visitation will be Wednesday, October 7, 2020 from 4:00 PM to 8:00 PM at the Wenburg Funeral Chapel, 652 Main St., Arapahoe, Nebraska with family present from 6:00 PM to 8 PM. Funeral services will be Thursday, October 8, 2020 at 10 AM at the First United Methodist Church of Arapahoe, Nebraska with Rev. Becky Saddler, officiating and will also be lived streamed on “Arapahoe FUMC” Facebook page. Interment will be at Fort McPherson National Cemetery, Maxwell, Nebraska. Wenburg Funeral Home of Arapahoe, Nebraska is in charge of the arrangements. Condolences or personal reflections can be left at wenburgfuneralhome.com.

To order memorial trees or send flowers to the family in memory of Terry L. Smith Sr, please visit our flower store.
Send a Sympathy Card