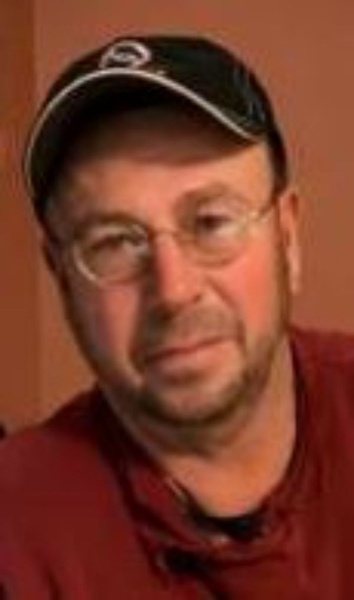 Steven “Pete” Hamel, age 63 of Arapahoe, Nebraska passed away on Wednesday December 8, 2021 at the Cambridge Hospital. He was born on August 20, 1958 to Hollis and Darlene (Elston) Hamel at Cambridge, Nebraska. Pete grew up on the family farm in the rural Cambridge area and attended Cambridge Public Schools where he graduated with the class of 1977. After graduating Pete attended Tech School in Hastings, NE and graduated with a degree in welding. While growing up, Pete, his brothers and sister rode, trained and showed horses throughout Southwest and Central Nebraska in 4-H, open and registered shows where he won many trophies and ribbons. The trip to the Nebraska State Fair was always a goal with the 4-H horses to compete in Lincoln and later Grand Island. Pete and his brother, Kurt, always teamed up on whatever project they were working on which included a hotrod mini-bike. Later Pete and Kurt fed feeder hogs that their dad would buy at the Sale Barn which they sold to earn their money, along with riding and training horses for numerous people in the area. After returning from his Tech School Welding education, Pete began working construction in the Cambridge, Holbrook and Arapahoe area. When he wasn’t doing construction, in the evenings and off days, he and his brother Kurt began their custom haying service. On April 20, 1993 he married his bride, Trudee Schroeder and adopted her son, Tyler. On October 19, 1995, their son, Aaron “Spanky”, was born and joined the family. Pete really enjoyed swathing and baling hay which he continued throughout his life, passing his love of the “hay patch” on to his sons. In addition to the hay business, he continued his construction business. Pete had a soft heart and loved animals and livestock so he then addeda cow-calf operation to his already-busy life with his son, Spanky. His hay business enabled him to serve many dairy farms and livestock producers throughout the entire Midwest United States. In the process, many lasting friendships were formed that Pete treasured. He always put himself and the things he needed behind those of everyone else he was doing work for. Pete was always building, remodeling, repairing, fixing, pouring concrete or whatever the job at hand required for someone, and many cases, more than one customer. Pete was preceded in death by his grandparents and by his mother and his father and motherin-law, JoAnne Schroeder. He is survived by his wife, Trudee, his sons Spanky and wife KeAnn of Holbrook, Tyler and wife Katey of Arapahoe. Grandsons, Colton, Layton, Jace and Jabe. Brothers Mark and wife Linda of Arapahoe, Kurt and wife Cindy of Holbrook, sister Beth, nephews Jesse, Justin and Marty. Father-in-law Neale Schroeder of Arapahoe, brothers-in-law Mason and Jennifer Schroeder of Arapahoe and Kerry Thompson, sisters-in-law Toni and Brian Kracl of Schuyler, Terry & Cindy Bowers of Holbrook, Sheila Meader of Fremont, Micki Thompson of Fremont plus numerous aunts, uncles, nieces, nephews and cousins. There will be no viewing or visitation as cremation was chosen. Memorial service will be Monday, December 13, 2021 at 11 AM at the First United Methodist Church, of Arapahoe, Nebraska with Pastors Joel Rathbun and Becky Saddler. Inurnment will be at a later date. Memorials are suggested to be left in his name. Wenburg Funeral Home of Arapahoe, Nebraska is in charge of the arrangements. Condolences and personal reflections may be left at wenburgfuneralhome.com

To order memorial trees or send flowers to the family in memory of Steven “Pete” Hamel, please visit our flower store.
Send a Sympathy Card