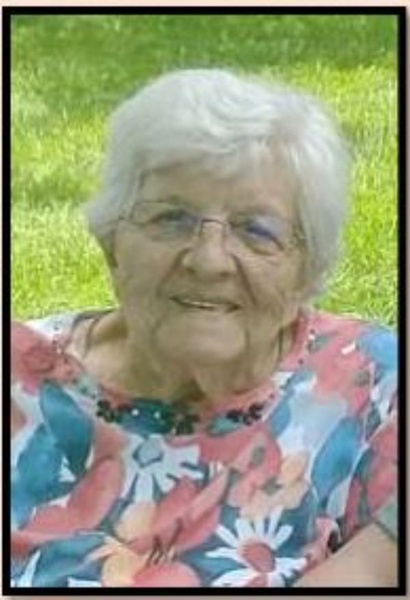 tella Faye Busch, age 97, of Arapahoe, Nebraska passed away on August 12, 2021 at the Cambridge Hospital in Cambridge, Nebraska surrounded by her four daughters. She was born February 15, 1924 in Fort Collins, Colorado to Elbert and Amelia (DeWald) Street, the eldest of 10 children She attended school in Fort Collins, Colorado. She married Byron Kennedy and to that union were born two daughters; Judy and Linda. In 1946, she married Gerald P. Busch, her husband of 55 years. To that union were born 3 children; Cathy, Connie, and Terry. During those years she was a wonderful wife, mother, and grandmother to six grandchildren, twelve greatgrandchildren, and 6 great-great grandchildren. She was an outstanding cook, seamstress, and quilter. She worked alongside her husband for many years at their Standard Station in Arapahoe. She was a faithful member of 72 years of the First United Methodist Church and United Methodist Women organization. She was preceded in death by her parents, husband Gerald, eight siblings, son-in-law Eldon Benson. She is survived by her children: Judy Benson of Hastings, Nebraska, Linda (Tony) Duncan of Yuma, Arizona, Cathy (Gary) Schievelbein of Arapahoe, Nebraska, Connie (Rudy) McCoy of McCook, Nebraska, son Terry Busch of Idaho Falls, Idaho, 6 grandchildren, 12 great-grandchildren, 6 great-great grandchildren. There will be no viewing or visitation as her wishes were to be cremated. Memorial service will be Monday, August 16, 2021 at 11 AM at First United Methodist Church, Arapahoe, Nebraska with Pastors Joel Rathbun and George Probasco, officiating. Mask are optional at the Memorial service. Inurnment will be at Arapahoe Cemetery at Arapahoe, Nebraska. Memorials are suggested to First United Methodist Church of Arapahoe. Service will be livestreamed on “FUMC Arapahoe” & “Wenburg Funeral Home- Arapahoe and Beaver City” Facebook page. Wenburg Funeral Home of Arapahoe, Nebraska is in charge of the arrangements in Nebraska. Condolences and personal reflections may be left at wenburgfuneralhome.com.

To order memorial trees or send flowers to the family in memory of Stella Faye Busch, please visit our flower store.
Send a Sympathy Card