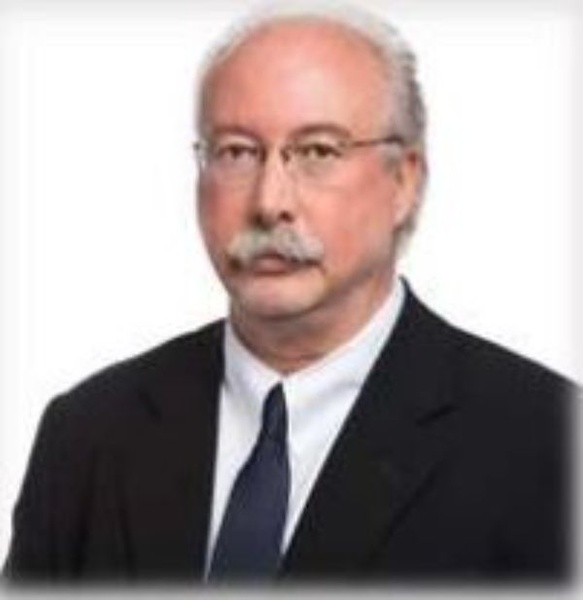 Sherle Ray Schwenninger, age 69, died at his home in New York City, New York, on Wednesday, September 16, 2020. He was born at Elwood, Nebraska, in the Maternity Hospital owned by his Great-aunt Ella Seiz to Ivan and Pansy (Mills) Schwenninger on February 19, 1951. He attended his first year of school at Rural District 54 west of Elwood and finished his education at Elwood High School as valedictorian of the class of 1969. He was a member of the inaugural Centennial College, a non-traditional course of study at the University of Nebraska, Lincoln and graduated in 1973 with High Distinction. He earned his Juris Doctor Degree at George Washington University Law School in 1976. Sherle worked hard on the family farm and found pleasure in sports. He was the pitcher or played first base for his baseball team from a young age and practiced basketball for hours. In high school he was the shooting guard for the basketball team and held the scoring record for nearly 30 years. He was the quarterback on the Elwood Pirate football team and used his expertise to analyze and enjoy Nebraska football throughout his life. Sherle was shaped by the politics of the 1960s and particularly by the candidacy and assassination of Robert F. Kennedy. He used his education and writing abilities to strive for peace and stability in the world. During law school he began working at the World Peace Through Law Center until he moved to New York City in 1978. He was Assistant Dean and Lecturer at the American University School of Law from 1978 to 1979. Then he served as director at the Transnational Academic Program, Institute for World Order from 1979 to 1982. Sherle was founding Editor of World Policy Journal from 1983 to 1991, and served as Director of the World Policy Institute at the New School from 1992 to 1996. In 1990-91, he was a consultant to the Cuomo Commission on Trade and Competitiveness and was a Senior Program Coordinator for the Project on Development, Trade, and International Finance at the Council on Foreign Relations. He is a founding board member and an adviser to the European Rim Policy and Investment Council, a European organization concerned with energy and regional security issues. One of the original co-founders of New America in 1999, Sherle served as treasurer from 1999 to 2007, was director of its Bernard L. Schwartz Fellows Program from 2003 to 2007, and oversaw New America’s Economic Growth Program and its Next Social Contract Initiative from 2007 to 2016. Sherle was also founding director of the World Economic Roundtable, initially a joint venture of The Institute for New Economic Thinking, and New America NYC which brings leaders from business, finance and public policy together to better understand unfolding changes in the global economy. From 2007 to 2015, he was director of New America’s Economic Growth Program, which developed new strategies aimed at strengthening the productive capacity of America’s economy through expanded infrastructure investment, corporate tax cuts, regulatory streamlining, and on-shoring of jobs and investment. From 2015 to the present he was Director and Editor of the Private Debt Project, an initiative of the Governor’s Woods Foundation committed to expanding the study of the relationship between private debt, economic growth, and financial stability. He was also a Senior Policy Advisor for Global Economic Policy for the Climate Leadership Council. The overarching goal of Sherle’s life was advancing world peace, stability and prosperity through his policy work and mentoring others to advance his ideals. Sherle wrote and spoke frequently on questions relating to the U.S. and world economies and on issues related to American foreign policy and international economic strategy. He is the co-author of Post-Reagan America with Michael Lind, and he is the author, along with Walter Mead, of a Financial Architecture for Middle-Class-Oriented Development. He has authored articles for publications such as The Nation, World Policy Journal, and Nuclear Times. He was a consultant to EuRim Investments, Seaward Management, The Nation, and the Andy Warhol Foundation on the Visual Arts. His colleague and friend Steve Clemons summarized it best in his Facebook post, “He threw long passes intellectually and cultivated some of the greatest young minds, best thinking, and most important books of this era.” He was preceded in death by his parents, Ivan and Pansy Schwenninger, paternal grandparents, William and Myrtle Schwenninger, and maternal grandparents, Lee and Sylvia Mills. He is survived by his sisters, Geraldine and husband Allen Steinbrink of Arapahoe, and Sharlette Schwenninger of Elwood; Nephews Nate Steinbrink and wife Cortney Boyd of Denver, Colorado, and Jon Steinbrink and wife Sophia of Marana, Arizona and their daughters Mya and Kinslee Steinbrink. He is mourned by extended family, friends and colleagues. A celebration of life will be held at a later date. A memorial has been established in his name and donations can be sent to P.O. Box 22, Elwood, Nebraska 68937.

To order memorial trees or send flowers to the family in memory of Sherle Ray Schwenninger, please visit our flower store.
Send a Sympathy Card