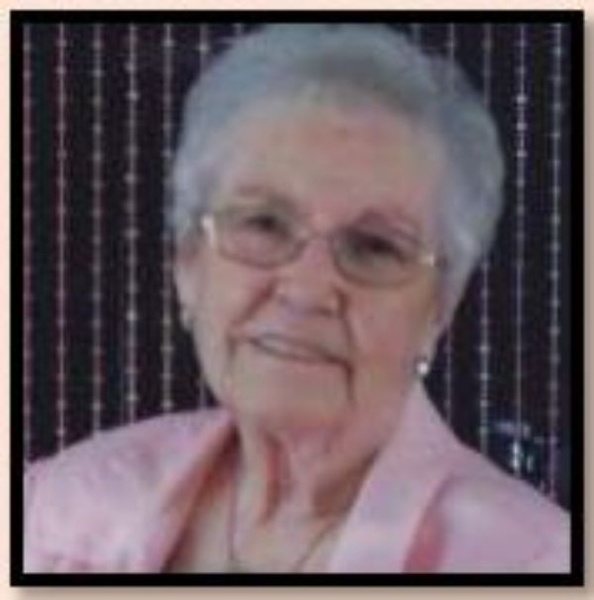 Sharlene Janet Schrock, age 90, of Arapahoe, Nebraska passed away on Sunday, February 13, 2022 at the Cambridge Hospital, Cambridge, Nebraska surrounded by her three daughters. She was born November 29, 1931 to Albert and Maude (Rhoten) Garrett at her Grandpa Rhoten’s house in Rexford, KS. Sharlene attended school in Rexford and graduated with the Class of 1949. She married Maurice Schrock in Rexford on June 19, 1949 and to this union six children were born. They moved to Wheeler, Kansas where she managed a 24-hour café. In 1970, they moved to Peetz, Colorado and she worked at the Gibson’s Department Store in Sterling, Colorado. In 1974 they moved to Holbrook, Nebraska and later worked for the Arapahoe Public Mirror/ Holbrook Observer as photographer and journalist before retiring. Sharlene loved spending time with her family, her dogs, dancing, reading, and camping. Survivors include daughters Linda Roelle and husband Jim of Peetz, Colorado, Sherry Segelke and husband Jerry of Sidney, Nebraska, Bobbi Moore and husband Mike of Arapahoe, Nebraska; 13 grandchildren, 38 Greatgrandchildren, 11 Great-Great Grandchildren; Sister Carol Jones; Brother-in-law Phil Schrock (Marilyn), and many nieces and nephews. She was preceded in death by her husband Maurice; parents Albert and Maude Garrett, children Theresa, Richard, and Dennis, grandson Christopher, sister and brother-in-law JoAnne & Norris Vaughn, Father-in-law and mother-in-law Glen and Sylvia Schrock. Visitation will be Sunday, February 20, 2022 at the Wenburg Funeral Chapel, 652 Main Street, Arapahoe, Nebraska, from 4-6 p.m. with family present. Funeral services will be held Monday, February 21, 2022 at the River Valley Evangelical Free Church in Arapahoe, Nebraska at 10:30 a.m. with Nathan Goshert, officiating. Burial will be at the Rexford Cemetery in Rexford, Kansas at 2:30 p.m. on Monday, February 21, 2022. Memorials may be given to the Tri Valley Medical Foundation, or the Arapahoe Fire & Rescue Department. Wenburg Funeral Home, Arapahoe, Nebraska is in charge of arrangements. Condolences and personal reflections may be left at wenburgfuneralhome.com

To order memorial trees or send flowers to the family in memory of Sharlene Janet Schrock, please visit our flower store.
Send a Sympathy Card