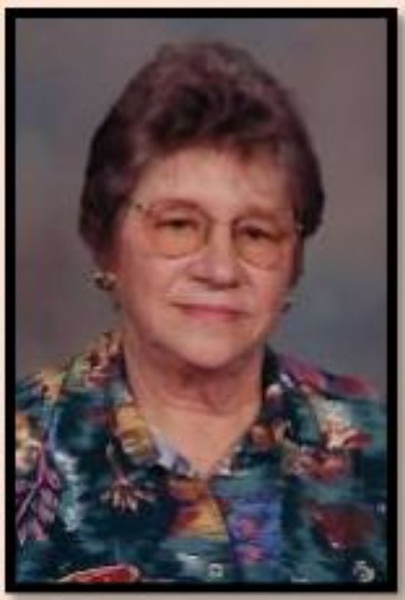 Sarah Henke, age 92, of Arapahoe, NE died peacefully on June 3rd, 2018 at C.A. Mues Good Samaritan Center of Arapahoe, Nebraska. She was born on March 8th, 1926 in Williford, Arkansas to Robert and Laura Dickerson Higginbottom, Sarah was the youngest of six children. She graduated in 1944 from Williford High School as salutatorian of her class. Married in Lawton, OK in 1953, Sarah later moved to the Panama Canal Zone and spent several years living on Curundu Naval Base before returning to the United States. While raising her two children Mitzi and Bobby, she helped run the family farm in Guthrie Center, IA and later worked in the district court in Kearney, NE. Sarah will be remembered for her quick wit and wonderful (feisty) sense of humor. She was beloved by her family and friends, and always put a smile on the faces of those around her, even in her final hours. Sarah was the loving Mother of Mitzi (Kevin) Urbom of Arapahoe, NE and Robert Henke of Kearney, NE, Grandmother of Chris (Kara) Clouse of Statesville, NC, Jeremy (Fran) Clouse of Menomonee Falls, WI, Lyndzie (Brian) Holtze of Wilsonville, NE, Amy Henke of Kearney, NE, and Joey Henke of Kearney, NE, and "Grandma Great" to Ashlyn, Arden, Brooklyn, Joslyn, Camdyn, Nolan, Jenna, Lauryn and Dean. She is further survived by sisters-in-law Bev Anderson and Bern Boeckner, as well as numerous nieces and nephews. She was preceded in death by her parents Robert and Laura, her two sisters, Mitzi Bucklin and Virginia Davis, her three brothers, Woodrow Higginbottom, Merle Higginbottom and Bob Higginbottom, and many other loved ones. Sarah's family would like to thank the staff at C.A. Good Samaritan Society in Arapahoe for their care and compassion, as well as give a special thanks to Tracy Hunt of RuralMED. In lieu of flowers, memorials may be given to the family, to be designated at a later date."Your life was a blessing, your memory a treasure. You are loved beyond words, and missed beyond measure." - Renee Wood Visitation will be Friday, June 8, 2018 from 4 PM till 8 PM at Wenburg Funeral Chapel, 652 Main Street, Arapahoe, Nebraska. Funeral services will be Saturday, June 9, 2018 at 3 PM at Trinity Lutheran Church of Arapahoe, Nebraska with Rev. James Moshier, officiating. Interment will be at the Arapahoe Cemetery, Arapahoe, Nebraska. Condolences or personal reflections may be left at wenburgfuneralhome.com Wenburg Funeral Home of Arapahoe, Nebraska is in charge of the arrangements

To order memorial trees or send flowers to the family in memory of Sarah Henke, please visit our flower store.