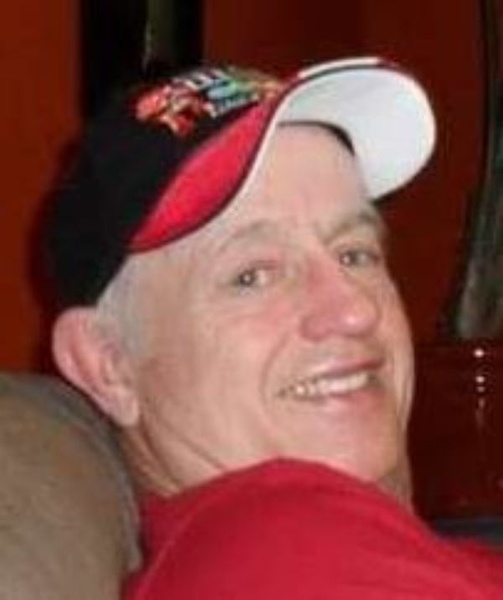 Ronald Lee “Ronnie” Scharvin, age 68, of Oxford, Nebraska passed away on Monday, July 6, 2020 at his home. He was born in Cedar Rapids, NE on February 28, 1952 to Frank and Dorothy (Blauhorn) Scharvin. Ronnie was the middle child and the only son surrounded by four sisters. Ronnie was confirmed and a member of the Oxford United Methodist Church. He graduated from Oxford High School with the Class of 1970. At an early age, he developed a very strong work ethic (taught by both of his parents). While in grade school, he delivered the World Herald early in the morning. Then he bought a lawn mower and mowed lawns in the neighborhood and beyond. Moving on, he worked for his dad at Oxford Locker and with close guidance from Frank, he learned how to butcher beef, pork, and deer. He also became very efficient in processing chickens and turkeys, and he became very accomplished at operating the chicken plucking machine! Ronnie next achieved the boning block, no less standing upon a milk crate. He lost part of index finger operating meat processing equipment. What a hard way to learn a lesson. He learned a lot from his dad about the locker plant business, and later in life, Ronnie worked for other meat processing operations. As a teenager, still working for his dad, he delivered milk and dairy products to residents before school, and afterwards to the hospital, nursing home, cafes, and grocery stores locally, and in surrounding towns. During this same time he helped with his dad’s hog operation. It’s evident Ronnie was a very busy young man. Ronnie played high school football, basketball, and was a star athlete on the track field as a distance runner. He was a good water skier, and he loved to fish thru-out his lifetime, and of course, he was a dedicated Husker fan. He absolutely loved to play cards with his buddies, which filled many hours during the day, and many times, all night long.As a youngster, he played the trumpet. He enjoyed working on his merit badges as a Boy Scout, led by den mother...his own mother, Dorothy. He enjoyed the challenge of making his own soapbox car for the derby race. He totally refurbished two cars with very little help. After high school, Ronnie worked in the construction business learning several trades. Then he met Willis Woodring and started “over the road” traveling tool auctions thru-out the Midwest and West Coast. Ronnie did this for a number of years, and his crew worked hard. He was a successful auctioneer/operator. Ronnie leaves three children to celebrate his life, Nathan Morse of Garden City, KS, Samantha Blanchard and husband, Perry, of Hays, KS and Sydney Scharvin of Oxford, NE. Grandson, Liam Blanchard, came into Ronnie’s world in 2018. He is survived by his four sisters, Janet Bridges (Dave) of Henderson, NE, Linda Frank (Doug) of McCook, NE, Nancy Cockle of Waverly, NE and Kathy Scharvin of McCook, NE, along with other family members and a host of good, good friends who will greatly miss Ronnie, his smile and his laughter. A Celebration of Life will be held in Oxford, Nebraska at a later date. Following the Celebration, inurnment will take place in Central City, Nebraska. Wenburg Funeral Home, of Beaver City, Nebraska is in charge of the arrangements

To order memorial trees or send flowers to the family in memory of Ronald Lee “Ronnie” Scharvin, please visit our flower store.