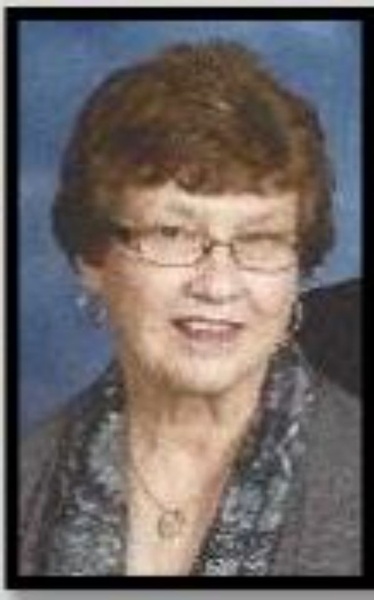 Rogene Elaine (Hansen) Wenburg, age 70, of Hastings, NE, formerly of Beaver City, NE, completed her battle with breast cancer on July 25 at Mary Lanning Healthcare in Hastings, NE. She was born in North Platte, NE, on December 28, 1947, to Elwyn and Phyllis (Smith) Hansen. Rogene grew up in North Platte, graduating from high school in 1966. She attended North Platte Junior College and then went on to graduate from the University of NebraskaLincoln in 1970 with a degree in math education and minor in music. She married James (Jim) Wenburg on June 2, 1973, in the First Baptist Church of North Platte. Her teaching career began in Hershey, NE, teaching math and elementary music from 1970-1975, at which time she stopped teaching for a time to focus on raising her three beloved sons. The family moved to Beatrice, NE, in 1977, and then to Beaver City, NE, in 1979, where they purchased the local funeral home. At Beaver City High School and Southern Valley High School, Rogene worked as a substitute teacher and facilitated distance learning classes in German, Latin, and Japanese, which she thoroughly enjoyed. She concluded her career teaching math at Arapahoe High School. Rogene and Jim purchased the Arapahoe funeral home in 1998 and started the Elwood funeral home in 2004, retiring from the funeral business in 2013, at which time they moved to Hastings, NE, to enjoy retirement. Rogene was active in the First Presbyterian Church in Beaver City, directing the choir for over 30 years. Later, in the First Presbyterian Church of Hastings, she was a member of both the choir and bell choir, moderator of the Presbyterian Women, and vice-moderator of the Deacons. Rogene was a member of PEO Chapter BV in Beaver City and Chapter GK in Hastings and served as President of Reciprocity Group 11 in 2017. Thriving in both leadership and behind-the-scenes roles, Rogene served and loved generously, taking particular joy in her family, especially her three sons. Characterized by resilience, faith, perseverance, and compassion, she was a blessing to all with whom she interacted. She will be remembered as one who sacrificed willingly, always putting others before herself. Rogene is survived by her husband Jim and their three sons: Dr. Justin (Kili) Wenburg of Hastings, NE, Dr. Aaron (Andrea) Wenburg of North Platte, NE, Drs. Chris (Jillian) Wenburg of Durango, CO, and a beloved foreign exchange son Gabriel (Saide) Erazo of Bogata, Columbia. She is also survived by grandchildren Carter, Selah, Amelia, Grant (and Michelle Erazo); her sister Renae (Jim) Sexson of North Platte; mother-in-law ReNelda Wenburg of Cozad, NE; as well as other beloved relatives and friends. She was preceded in death by her parents (Elwyn and Phyllis Hansen) and father-in-law (Harold J. Wenburg). Funeral services, officiated by Rev. Greg Allen-Pickett, will be held on Saturday, July 28, at the First Presbyterian Church of Hastings at 11 a.m. with viewing at the church prior to the service. Further funeral services will be held on Monday, July 30, at the First Presbyterian Church of Beaver City at 11 a.m., with viewing on Sunday, July 29, 2-7 p.m. at the Wenburg Funeral Home, Beaver City, NE. Interment will be at Mount Hope Cemetery near Beaver City, NE. Wenburg Funeral Home of Beaver City is in charge of arrangements. Condolences may be shared at www.wenburgfuneralhome.com. Memorials may be made to the First Presbyterian Church of either Beaver City or Hastings.

To order memorial trees or send flowers to the family in memory of Rogene Elaine (Hansen) Wenburg , please visit our flower store.
Send a Sympathy Card