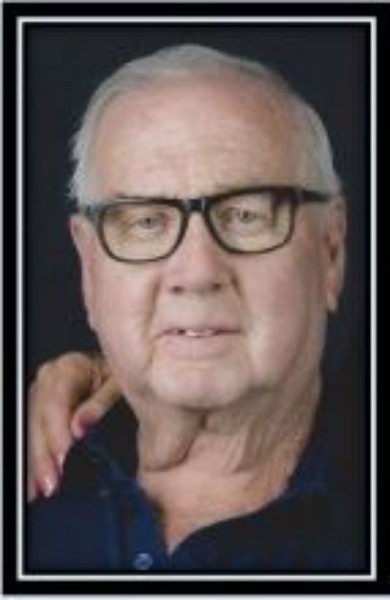 Robert Joe Bellamy, age 79, of Elwood, Nebraska passed away on Saturday, February 11, 2017 at Cozad Community Hospital, in Cozad, Nebraska. Joe was born on May 19, 1937 on the family farm in Moorefield, Nebraska to Raymond and Hazel (Coker) Bellamy. Joe grew up on the family farm attending country school through the 7th grade and continued through high school in Farnam, Nebraska. On September 10, 1954 he was united in marriage to Lloydelle Scharf in Eustis, Nebraska at the United Methodist Parsonage. In 1959, Joe and his brother Kenneth purchased the Elwood John Deere dealership making Joe the youngest John Deere dealer in the country! Joe also began aerial spraying during this time and developed the airport at Johnson Lake. After more than 25 years in the aerial spraying business, he concentrated on building the family farm with his sons in Elwood and Goodland, Kansas. Joe maintained an avid interest in aviation for the rest of his life owning and flying everything from a Piper Cub to a Pinto jet. In addition to his love of aviation, he enjoyed restoring vintage cars, gas pumps, and renovating farmsteads and homes. Most recently, he has enjoyed spending time with his many grandchildren and great grandchildren. In September of 2014, Joe and Lloydelle celebrated 60 years of marriage with family and friends. Joe was preceded in death by his parents, brothers Maurice, Horace, and Noble, Sisters Harriet and Mable, and greatgranddaughter Leah. Joe is survived by his wife Lloydelle Bellamy of Elwood, Nebraska Sons: Randy and wife Susan Bellamy of Goodland, Kansas Brian and wife Shelly Bellamy of Sharon Springs, Kansas Kevin and wife Cheri Bellamy of Elwood, Nebraska Grandchildren: Kerri, Reed, Ashley and husband Stewart Clouse, Brooke and fiancée Carl DeCaire, Chelsey and husband Ryan Kulhanek, Mandi and husband Josh Hill, Lexie and husband Shannon Pfannenstiel, Kinsey and fiancé Brendan Nunamak Great grandchildren: 14 Brothers: Kenneth and wife Doris, Jack & wife Marlys Brother-In-Law: Donald Scharf and wife Leila, Ronald Scharf and wife Patricia, Leonard Scharf and wife Nancy And numerous nieces and nephews Condolences or personal reflections can be left at elwoodfuneralhome.com Viewing and visitation will be Monday, February 13, 2017 from 4 PM till 8 PM at Elwood Funeral Home, Elwood, Nebraska. Funeral services will be Tuesday, February 14, 2017 at 10:30 AM at Parkview Baptist Church, in Lexington, Nebraska with Pastor John Shields, officiating. Interment will be at Elwood Cemetery, Elwood, Nebraska. Elwood Funeral Home of Elwood, Nebraska is in charge of arrangements

To order memorial trees or send flowers to the family in memory of Robert Joe Bellamy, please visit our flower store.
Send a Sympathy Card