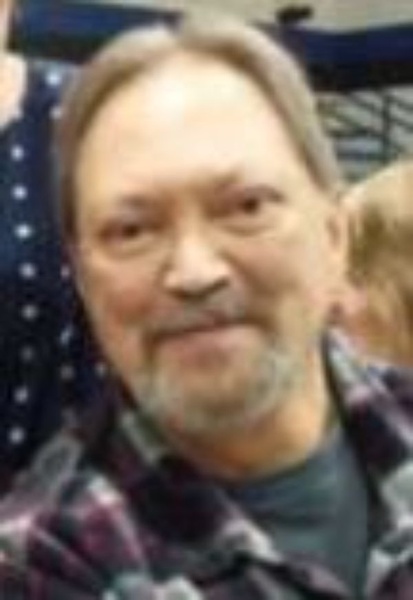 Robert Alan Bell, age 60, of Arapahoe, Nebraska went to be with his Lord and Savior on Tuesday, December 17, 2019 at his home in Arapahoe, Nebraska. He was born on August 14, 1959 in Denver, Colorado to Arthur and Doris (Weaver) Bell. Bob was raised and went to school in Dupont, Colorado where he later graduated from Adams City High School in 1980. After his schooling, he owned his own trucking company, R. A. Bell Trucking. After getting married to Victoria (Connor) Lee and her two daughters Kristin Connor and Michelle Lee in 1986, he sold the truck and went to work for American Shippers. In 1987, Vickie gave birth to their son, Justin Bell. He continued working for American Shippers until 1995 when he started work for Land Air Express until 2005. In 2003, they had a daughter, Elizabeth. In 2005, they moved to Arapahoe, Nebraska from Commerce City, Colorado to buy the Arapahoe Motel. He worked for the City of Arapahoe from 2006 to 2008. Then he went to work in the produce department at Walmart in McCook, Nebraska for the next 7 years. He would then go to work for Dollar General in Arapahoe, before retiring. He enjoyed learning about anything he could, fixing just about anything that could be fixed and spending time with his friends and family. Listening to music was his all-time favorite thing to do along with riding his Harley with Vickie. He loved anything Rock-n-Roll. The Beatles, ZZ Top, Led Zeppelin, and Queen were always his favorites. Bob always had long and funny stories to tell. He always volunteered to help wherever and however he could. He was always at the movie theater volunteering. He was a chairman of the Furnas County Visitors Committee until 2015 and a member of the Weight Watchers group in Arapahoe. Bob became a member of First United Methodist Church in Arapahoe, Nebraska on March 24, 2016. He is preceded in death by his parents, brother Jim Bell, nephews Mike Bell, Stacy Bell, Ronnie Bell, and Eddie Bell. His survivors include wife, Victoria Bell of Arapahoe, children, Kristin Connor of Denver, Michelle Lee (Jonathan Crawford) of Arapahoe, Justin Bell (Amy Ramon) of Tucson, Arizona, and Elizabeth Bell of Arapahoe; his grandchildren- Gordon Voegtlin Jr., Tessa Voegtlin, Joziah Voegtlin of Denver, Colorado, Alexzander Voegtlin of Arapahoe, Justin Bell Jr., and Bobby Bell of Tucson, Arizona, his sister Donna McKim of Edison, Nebraska and his brother William Bell of Denver, Colorado. There will be no viewing or visitation as cremation was chosen. Memorial services will be held on Saturday, December 28, 2019 at 11 AM at the First United Methodist Church in Arapahoe, Nebraska with Rev. Becky Saddler, officiating. Inurnment will be at a later date. Wenburg Funeral Home of Arapahoe, Nebraska is in charge of the arrangements. Condolences and personal reflections may be left at wenburgfuneralhome.com

To order memorial trees or send flowers to the family in memory of Robert Alan Bell, please visit our flower store.
Send a Sympathy Card