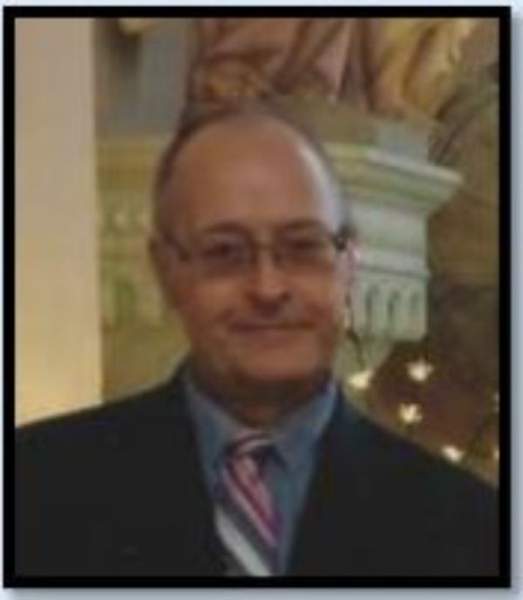 Richard D. Einspahr, age 63, of Elwood, Nebraska, died Wednesday, January 29th, 2020 at Great Plains Health in North Platte, Nebraska after a battle with cancer. He was born on December 11, 1956 in North Platte, Nebraska to Eugene and Margaret (Amaya) Einspahr. After moving to several different places, the family settled in Campbell, Nebraska. Rich attended high school in Campbell and graduated in 1974. He went on to get his teaching degree and taught in several schools in Nebraska and Kansas before becoming principal and then superintendent at Elwood Public School. He retired in 2015 after 23 years in Elwood. Rich married Robin Ratliff on June 21, 1986 and had two children, Allison and Carl. He enjoyed reading, crossword puzzles, watching various sports, and driving a bus for the school in his retirement. Survivors include his wife, Robin of Elwood, NE, daughter Allison of Lexington, NE, son Carl of Holdrege, NE, fatherin-law Ken Ratliff of Kensington, KS, brother-in-law Roger (Lana) Ratliff of Garden City, KS, sister-in-law Mindy Einspahr of Benkelman, NE, nieces Baylee (Cade) Hewitt of Beloit, KS, Emalee (Andrew) Taylor of Hays, KS, great-niece Neva Hewitt of Beloit, KS, great-niece or nephew Baby Taylor of Hays, KS, and many extended family members and friends. Rich was preceded in death by his parents, Gene and Margaret, brothers Bob and Larry, mother-in-law Janice Ratliff, and a stillborn nephew. Memorials are suggested to the Elwood Foundation to be used for a scholarship or to the American Cancer Society. Viewing and visitation will be from 2-6 PM on Sunday, February 2, 2020 with a prayer service at 5 PM at Elwood Funeral Home in Elwood, Nebraska. Funeral service will be at 11 AM on Monday, February 3, 2020 at United Church of Kensington in Kensington, Kansas, with Pastor Emily Blank, officiating. Viewing and visitation will be one hour before the service. Interment will follow the service at Germantown Cemetery in Kensington, Kansas. Elwood Funeral Home, Elwood, NE, is in charge of arrangements. Condolences and personal reflections may be left at elwoodfuneralhome.com

To order memorial trees or send flowers to the family in memory of Richard D. Einspahr, please visit our flower store.