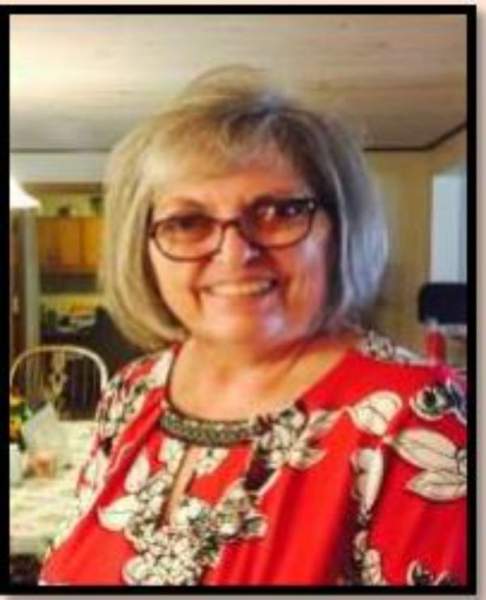 Rhonda Lou (Hardiek) Frack, age 72, of rural Norcatur, Kansas passed away at the Andbe Home, in Norton, Kansas on Friday, October 16, 2020, with her husband by her side. She was a loving wife, mother, and grandmother. She was born in Densmore, Kansas on July 14, 1948 to Virgil and Irene (Reedy) Hardiek. Rhonda attended school in Norton where she graduated in 1966. She went to Kearney State College for one year and then married James Frack in New Almelo, Kansas on August 3, 1968. To this union four children were born, Russ, Kimberly, Diann and Christopher. In 1974 Rhonda and Jim moved to Beaver City, where they had a plumbing shop and later a restaurant. In 1992 they purchased a farm in Norton County. While helping Jim on the farm Rhonda also worked at the Norton County Treasurer’s Office from 1996 until her retirement in 2012. Rhonda was a kind, quiet, hardworking, and loving person, who always put her family above everything else. She enjoyed baking, painting, and quilting, but it was her grandchildren that brought her the most joy! Rhonda was a wonderful grandma! She and her husband loved going to school activities, and she was so proud of all her grandchildren. Rhonda was preceded in death by her parents, her sister Kay Burros, infant siblings David and Judith, brothers in law, Jerry Burls and Danny McMillin, and her mother and father in law, Peg and Harold Frack. Rhonda is survived by her husband of 52 years Jim Frack of Norcatur, Kansas; her four children: Russ (Gina) Frack of Norton, Kansas; Kim (Dan) Pearson of Cambridge, Nebraska; Diann Nelson of Marquette, Kansas; Chris Frack and fiancé Courtney McCue and children Sam, Joplyn and Avreigh of Norton, Kansas; nine grandchildren: Zachary Nelson, Gabe (Sarah) Nelson, Seth Nelson, Ethan Nelson, Brendon Frack, Kara (Nate) Hendricks, Sam Pearson, Matt Pearson, Coleton Frack and Cooper Frack; and one great-grandson Logan Nelson. Rhonda also leaves behind three sisters and two brothers: Pat (John) Vandiest of Lenora, KS; Connie (Roger) Dryer of Hays, KS; Cathy McMillin of Hays, KS; Roger (Bev) Hardiek of Norton, KS; Rick (Lisa) Hardiek of Norton, KS: two sisters in-law, Betty Frack of Holdrege, Nebraska, and Debby (Mike) Chesterman of Nebraska City, Nebraska, Her husband’s Aunt Mary Frances Frack of Lincoln, Nebraska. As well as many nieces, nephews and friends. Rhonda will be greatly missed by all who knew and loved her. Due to health concerns regarding the Covid-19 pandemic, a private family service will be held at a later date. Wenburg Funeral Home of Beaver City, Nebraska is in charge of the arrangements. Condolence and personal reflections may be left at wenburgfuneralhome.com

To order memorial trees or send flowers to the family in memory of Rhonda Lou (Hardiek) Frack, please visit our flower store.