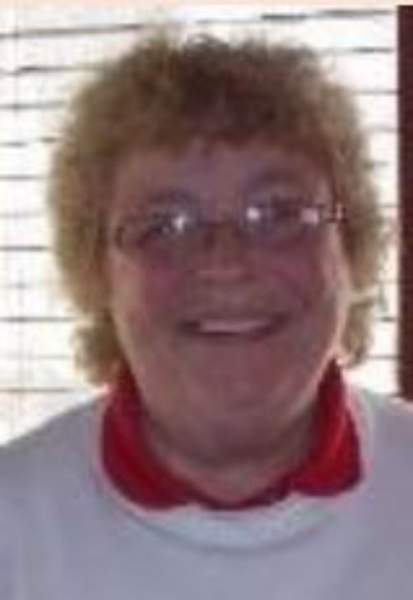 Patricia Jo Havenridge, age 77, of Orleans, Nebraska passed away on Friday, September 2, 2016, at her home. She was born to John & Fern (Berry) Bolin on August 27, 1939 at Omaha, Nebraska. Pat grew up in north Omaha, Nebraska and graduated from Omaha North High School with the Class of 1957. She married Walter Havenridge at the Pearl Methodist Church in Omaha on August 29, 1959. They made their home in Omaha until 1968. They would then move to Orleans, Nebraska were they owned and operated Pat’s Friendly Market for 10 years. She would then go to work at Schaffer’s Implement at Alma, Nebraska for many years before retiring. She loved to garden, be part of the women’s bowling league, camping, and always enjoyed meals at the Alma Senior Center where she was a member of the Board for many years. She was a member of the Presbyterian Church, of Orleans, Nebraska, where she sang in the choir for many years. Pat was preceded in death by her parents, Grandparents, Marion & Ethel Berry, and In-Laws Walter and Ruth Havenridge. She is survived by her husband Walter Havenridge of Orleans, Nebraska, sons; David & wife Stacy Havenridge of Pleasant Hill, Iowa, Larry Havenridge of Grand Island, Nebraska and Jim & wife Machelle Havenridge of Franklin, Nebraska, 6 grandchildren; Jacob (Aynslee), Kelsey, Kara (Diego) Reyes, Erik, Shana, & Jessie, GreatGrandson: Silas Reyes. Condolences and personal reflections may be sent to wenburgfuneralhome.com Viewing and visitation will be Thursday, September 8, 2016 from 4 PM till 8 PM at Wenburg Funeral Home, Beaver City, Nebraska and prior to the service at the church. Funeral services will be Friday, September 9, 2016 at 10:30 AM at the Presbyterian Church in Orleans, Nebraska with Pastor Dave Irwin, officiating. Interment will be at Orleans Cemetery, Orleans, Nebraska. Wenburg Funeral Home of Beaver City, Nebraska is in charge of the arrangements.

To order memorial trees or send flowers to the family in memory of Patricia Jo Havenridge, please visit our flower store.