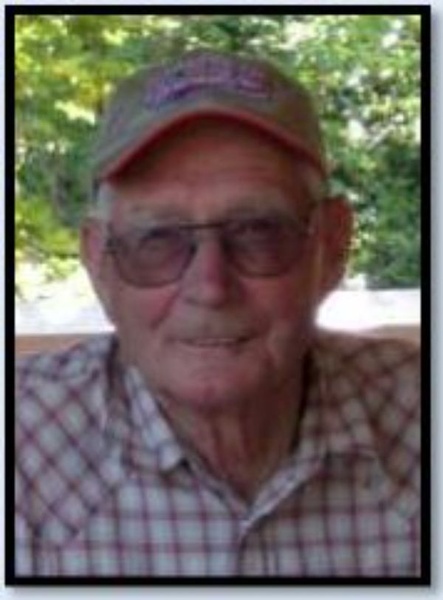 Donald Bryce Debban, age 92, of Elwood, Nebraska passed away on Friday, July 9, 2021, at Elwood Care Center in Elwood, Nebraska. He was born on February 13, 1929 on the family farm in Frontier County, Nebraska to George and Emilie (Linke) Debban. Although Don had no formal high school qualification, degrees or accolades; he was witty and sharp. The knowledge he gained came from books and from a life full of experience. A humble man. He never liked the limelight, yet he had so much influence on his family. Don was not a man of many words but when he spoke, his family listened. He had integrity that was unshakable. He never lied. He was always kind. He took the words from the bible and put them into action every day. He was an ordinary person with extraordinary abilities most people were unaware of. Don was a fisherman. The shoreline of the lake was Don’s classroom. In between hikes to his secret spots and baiting hooks he would talk of life and religion. We learned grace, peace, patience, and hope, even though we thought we were just fishing. Life’s problems disappeared on fishing trips with Dad. Oh, and he would be angry if we didn’t mention he was a Master Angler. Don always caught the biggest fish, at least that’s what he told us. Don could make soup from any ingredients, and to our mothers’ chagrin, he often did. Many of the ingredients came from his award-winning garden. He would spend evenings planting, weeding, and watering and grew the biggest cabbages, pumpkins and sunflowers Gosper County has probably ever seen. Don was a quiet disciple of the Lord. His ministry was accomplished in a humble and unassuming manner. He read the bible faithfully. He inspired his family with his inner strength and actions based on his faith. He loved God discreetly, humbly and often silently but with an unfailing fidelity. He shared this type of faith with his family. Together with our Mother, his partner in life for 65 years, our parents created a home and family filled with love. Don was preceded in death by his parents, sisters: Eltha (Gus) Haussler, Esther (Robert) Schutz, brothers: Leonard Debban, Simon Debban, Herman (Erma) Debban, Herb (Eunice) Debban, Jerry Debban, sisters-in-law: Wilma Debban, Nadeen Debban, Dolores Stafford, brother-in-law; Frank McNelis & Harry Stafford, Son-in-law: Martin Masar, Grandson: Chadd Hambidge, He is survived by his wife, Rose Mary Debban of Elwood, Nebraska, son Joe (Jill) Debban of Kearney, Nebraska, daughters Deb (Brian) Hambidge of Elwood, Nebraska, Vicky Masar of La Junta, Colorado, Barb (Dwayne) Miller of Bolingbrook, Illinois, Tammy (Ron) Sinner of La Junta, Colorado, Brother Harold (Eileen) Debban of Kearney, Nebraska, Grandchildren: 25 and Great-Grandchildren: 16, sisters-in-law: Lola Debban of Elwood, Nebraska, Julia (Benny) Medina of Corvallis, Oregon and Barb McNelis of Grand Island, Nebraska, and many nieces and nephews. Viewing and visitation will be Tuesday, July 13, 2021 from 6 PM till 8 PM at Elwood Funeral Home in Elwood, Nebraska. Funeral services will be held Wednesday, July 14, 2021 at 2 PM at Our Redeemer Lutheran Church in Elwood, Nebraska with Rev. James Moshier, officiating. Private family burial at Elwood Cemetery, Elwood, Nebraska. Elwood Funeral Home of Elwood, Nebraska is in charge of the arrangements. Condolences and personal reflection may be left at elwoodfuneralhome.com Memorials will be designated at a later date.

To order memorial trees or send flowers to the family in memory of Donald Bryce Debban, please visit our flower store.