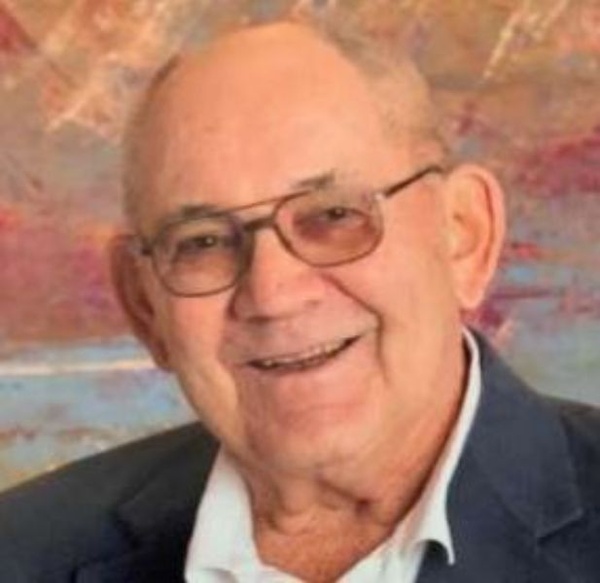 Norman Frederick Hockemeier, age 87, of Holbrook, Nebraska passed away on August 2, 2020 at Brookestone Gardens in Kearney, Nebraska. He was born on December 22, 1932 on a farm northwest of Arapahoe, Nebraska to August and Ella (Rodenbeck) Hockemeier. Norman was baptized on January 22, 1933 and confirmed on June 9, 1946 at St Matthews Church northwest of Arapahoe. Norman attended grade school at a country school and then graduated from Holbrook High School in 1950. Norman remembers his parents always took cream and eggs into town on Saturday nights and these were sold in order to have money to buy groceries. His weekly allowance was a nickel and he usually got to attend the movies in Arapahoe on Saturday night because they were free, and one cent worth of candy and the show was a big treat. After graduation Norman entered the Air Force in 1952 and served in Guam and state side. He achieved the rank of Staff Sergeant and was honorably discharged in 1956. At a New Year’s Eve dance in 1956 he met Reva Rae Arehart and they were married on October 20, 1957 at St John’s Lutheran Church in Oberlin, Kansas. This union was blessed with three children, Ken, Kristi and Karleen. He worked for over 40 years for Adams Construction in Arapahoe and operated a motor grader building terraces throughout several counties. Norman loved to restore and show antique gas engines, and this became a hobby that he did for many years. He loved working outdoors in his garden and was well known for his fruit trees and would have people watching for him to put his sign out that the apples, pears, and peaches were ready for sale. Norman served for several years on the Holbrook town council and Lions Club, he served many years as Usher and Trustee for the St Matthews and Trinity Lutheran Churches, helped with many A.A.L. benefits and was known his last few years for ringing the church bell at funerals. Norman is survived by his children Ken (Ellen) Hockemeier of Kearney, Kristi (Randy) Jochum of Sutherland and Karleen Reynolds of Dallas, grandchildren Jennifer (Brandon) Koch of Kearney, Kaleb (Rachel) Laverack of Piedmont, South Dakota, Aaron (Bailey) Hockemeier, Jordan (Sharon) Hockemeier of Kearney and great grandchildren, Kemper and Kase Koch, and Madison Vetter, brother Melvin Hockemeier, many nieces, nephews, relatives and friends. Proceeding him in death was his wife, Reva Hockemeier and son-in-law, Larry Reynolds, brother Wayne Hockemeier, sisters-in-law Carolyn Hockemeier and Theresa Hockemeier. Funeral Services will be held Saturday, August 8, 2020 at 10:30 a.m. at Trinity Lutheran Church, in Arapahoe, Nebraska with Rev. James Moshier officiating. Viewing and Visitation will be Friday, August 7, 2020 from 4 PM till 8 PM at Wenburg Funeral Chapel, 652 Main St., Arapahoe, Nebraska. Interment following the service at Holbrook Cemetery, Holbrook, Nebraska. Wenburg Funeral Home of Arapahoe, Nebraska is in charge of the arrangements. Condolences and personal reflections may be left at wenburgfuneralhome.com

To order memorial trees or send flowers to the family in memory of Norman Frederick Hockemeier , please visit our flower store.