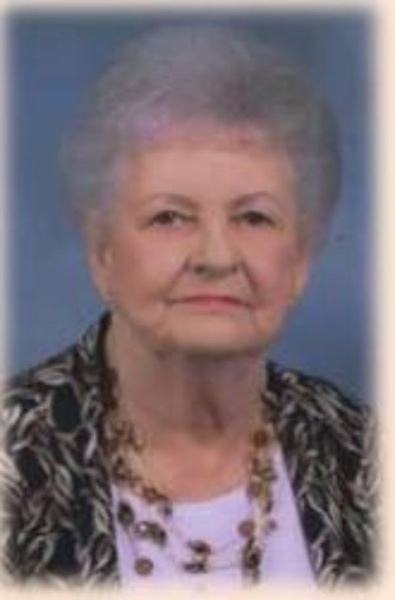 Norma Lea Gardner, age 93, completed her earthly journey and began her heavenly one in the early morning hours of February 24, 2021. Norma was born on October 2, 1927 in Atlanta, Nebraska to parents Frank Leroy and Mary Emma Leigh David, she was the youngest of four children. Soon the family would move to Edison, NE where Norma attended school, she graduated with the class of 1945. While in high school Norma met and fell in love with local farmer Donald Gardner. At the time Don was serving U.S. Army Air Corp. The couple were married in Norton, Ks on August 30, 1944 and kept their marriage a secret so Norma could complete her senior year of high school. After graduation Norma joined Don and they made their first home in Denver, Colorado while Don was stationed at Lowry Field Air Base. They moved back to a farm north of Arapahoe and their first daughter Janet Lea was born. An opportunity came to purchase a farm north of Beaver City and the Gardner’s moved to the place where they would spend the rest of their married life. A second daughter, Dawna Kay was born and the family was complete. Norma embraced her role as a farm wife and homemaker. She took countless meals to the harvest and hay field and not just simple meals but hardy, filling meals. For many years she kept the farm books. Norma worked very hard at keeping her home neat and tidy, rarely was anything out of place. She was a wonderful cook, the food she brought to her table was always excellent. Family remembers, cherry dessert, pie especially coconut crème, peanut salad, pie crust with cinnamon and sugar, real whip crème, sugar, molasses turkey and no bake cookies, potato salad, the list goes on. If you ask family, they probably all have a different food they remember, Norma’s way of expressing love was through her cooking when she discovered what you liked she prepared it for you. On holidays and at other family gatherings the table was always beautifully set and the food bountiful. Norma also liked giving gifts, one could tell at Christmas time that she had put a lot of thought and time into purchasing special gifts for everyone. Norma also liked clothes and she loved buying them for her children and grandchildren. Personal appearance was also important to Norma, for years she had weekly trips to the hairdresser, she never went anyplace without her lipstick. She was known for encouraging grandsons to get haircuts and for the sockless grandkids to “get your stockings on.” Norma was also gifted at crocheting and sowing and used those talents to bless her family, she enjoyed ceramics and made many trips to Norton to create ceramics for her home and to share with others. Following Don’s death Norma moved to the Kinship Retirement Community where she has resided the past 13 years. Norma was a member of the Arapahoe Christian Church but for many years attended the McCook Christian Church. Norma enjoyed a bible study with ladies from the church and for many years attended monthly lunches to celebrate birthdays with that group of ladies. The past few years Norma attended “TV” church and especially enjoyed Dr. David Jeremiah. Though she was quiet about her faith there was always a Bible and devotional book near to her chair. Norma was preceded in death by her husband Don in 2007. Her parents and her siblings, Darrell, Doris (Leslie) Hunt, Dorothy (Harry) Huffine. In-laws George and Daisy Gardner, brothers-in-law Vernon (Marjorie) Gardner and Duane (Joyce) Gardner. Norma is survived by her daughters, Janet (Ron) McClain of Beaver City, Dawna (Clark) Bates of McCook. Six Grandchildren Allison (Bruce) Birnbaum of Olathe, Kansas, Rex McClain of Beaver City, Bryson (Hope) Bates of Spring, Texas, Seth (Sandy) Bates of McCook, Nebraska, Bethany (Paul) Putz of Hewitt, Texas, Kendra (Willie) Williams of Pfafftown, North Carolina. Fifteen Great Grandchildren, Keith Birnbaum, Deanna Birnbaum, Rebecca McClain, Schyler McClain, Jack Bates, Liam Bates, Max Bates, Leighton Putz, Lynndon Putz, Louison Putz, Tre Williams, Carter Williams, Drake Williams, Ahria Williams and Bryson Roy Bates. And a number of nieces and nephews. Memorials are suggested to McCook Christian Church, McCook, Nebraska. Graveside services will be Monday, March 1, 2021 at 1:30 PM at Arapahoe Cemetery, Arapahoe, Nebraska with Pastor Clark Bates, officiating. There will be no viewing or visitation. Service will be livestreamed on ”Wenburg Funeral Home” Facebook page. Wenburg Funeral Home of Beaver City, Nebraska is in charge of the arrangements. Condolences or personal reflections can be left wenburgfuneralhome.com

To order memorial trees or send flowers to the family in memory of Norma Lea Gardner , please visit our flower store.