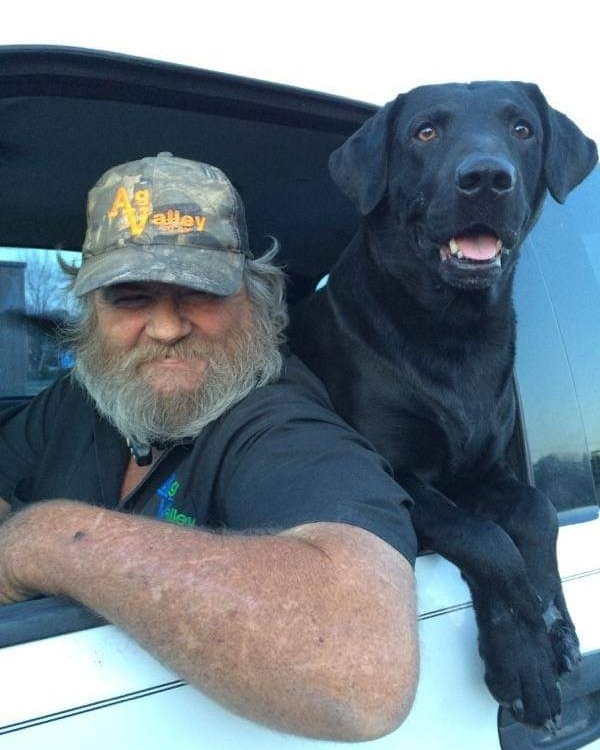 Neil Thomas “Hutch” Hutchens, age 65, of Wilsonville, Nebraska passed away on Thursday, January 5, 2023 at the CHI Bergan Mercy Hospital, Omaha, Nebraska.  He was born January 1st, 1958 to Harry T. and Viva B. (Ankenman) Hutchens at McCook, Nebraska.
He grew up on the family farm South of Hendley, Nebraska and later settled in a small country home near Wilsonville, Nebraska.  He attended grade school in Hendley, and graduated from high school in Arapahoe, Nebraska.
For over 20 years, he worked for Ag Valley Coop as a truckdriver, or as he called it, “a Petroleum Relocation Specialist”, hauling fuel to many area service stations.  In his life, he centered his interests and beliefs in God; his best friend and 4-legged co-pilot,  “Bear”; his work; his friends, family, cars, car guys, and car deals.
Neil is survived by his mother Viva Hutchens of Baldwin City, Kansas, brother Patrick and his wife Lana Hutchens of Eudora, Kansas, nephew Johnathon and his wife Jennifer (Searcy) Hutchens of Smithville, Missouri, niece Jacqueline and her husband Ryan Hoobler of Gardner, Kansas, uncle Lyle Hutchens of Hendley, Nebraska, uncle Jim Hutchens of Norton, Kansas, aunt Goldie Wentling of Sioux Falls,  South Dakota, uncle Doyle and aunt Linda Ankenman of Nampa, Idaho, aunt Lois Payton of Boise, Idaho and aunt Violet Alexander of Boise, Idaho.  He is also survived by many cousins.
He was preceded in death by his father, Harry
There will be no viewing or visitation as cremation was chosen.  Memorial Services will be Saturday, January 21, 2023 at 11:00 a.m. at the Faith Community Church in Beaver City, Nebraska with Pastor Keith Theobald, officiating.  A private family inurnment at the Hendley (Lynden) Cemetery in Hendley, Nebraska.
The family suggests in lieu of flowers for memorials be made to  Central Nebraska Humane Society or to the animal shelter of your choice in his name.

To order memorial trees or send flowers to the family in memory of Neil T. "Hutch" Hutchens, please visit our flower store.