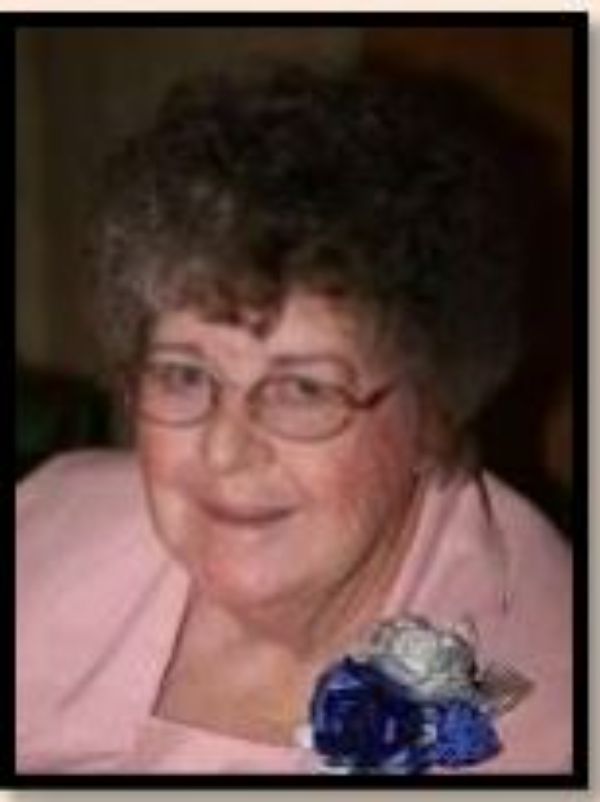 Myrtle Olivia Luster Gibson, age 88, of Arapahoe, Nebraska passed away Monday, April 8, 2019 at the C.A. Mues Good Samaritan Center in Arapahoe, Nebraska. She was born on November 8, 1930 to Anna (Anderson) and Joseph Valentine of Manassa, Colorado. She was named after the little white flower. She was pronounced dead as an infant and her mother kept working with her rubbing and rocking and pacing the floor till she came back to. She attended school in Manassa, Colorado and was baptized in The Church of Jesus Christ of Latter Day Saints at the age of 8 years. She fell in love with Robert Luster Jr. and eloped to Taos, New Mexico on October 20, 1950. He left shortly after their wedding to serve in Korean War. They moved to Uravan, Colorado. Being unable to have children, they started the adoption process. They were contacted by social services with a little girl that was available. She came into their home and 25 days later Robert Luster Jr. passed away. Myrtle, like her mother, wouldn’t give up and proceeded with the adoption at the hands of the Lord and a good attorney. The adoption of Shannon Kaye Luster was the first single parent adoption in the State of Colorado. Myrtle moved back to Manassa to raise Shannon with the help of her parents and family. She worked many jobs to provide for her and Shannon, including the Flower Shop in Manassa owned by a dear friend Laura Sowards. She also worked at the Conejos County courthouse and the local grocery store. In October of 1978, she was sealed for time and all eternity to Robert Luster Jr. and Shannon was sealed to them. On December 26, 1980, she married Fred Gibson and they resided in bountiful Colorado till he passed away 7 years later. She then moved closer to family in Prairie View, Kansas and served in many callings in the Phillipsburg Branch. She moved to Oxford, Nebraska and attended the Lexington Ward. She then moved to Sunshine Village in Arapahoe, Nebraska until being placed in the Assisted Living and later in the Nursing Home at C.A. Mues Good Samaritan Center in Arapahoe, Nebraska. She dedicated her life to her family and church with service and love. She will be missed by all. She was preceded in death by her parents, husband Robert Luster Jr. & Fred Gibson, brothers Raymond & Warren, and Infant brother and sister Joseph & Clara. She leaves behind a legacy of one daughter Shannon and husband Steve Horton of Lexington, Nebraska, granddaughter Alisha and husband Arlyn Wasenius of Arapahoe, and 4 great grandchildren Ashton and wife Olivia, Alivia, Ander, and Annaka, and Great-Great Granddaughter Ellowynn Rose, grandson Steven Shaun and wife Laurie Horton of Loup City, Nebraska and 3 great Grandchildren Lexie, Haylie, and Trevor; grandson Robert and wife Jennifer Horton of North Loup, Nebraska and Great Grandchildren Chesney, Emmitt, Ellyette, Caiden; granddaughter Kamie and husband Joey Soncksen of Edison, Nebraska and 5 Great Grandchildren Devin, BriAllen, Branson, Jaxtyn, Jentsen, and many extended family members. Viewing and visitation will be Friday, April 12, 2019 from 5 PM till 7 PM at Wenburg Funeral Chapel, 652 Main St., Arapahoe, Nebraska. Funeral services will be Saturday, April 13, 2019 at 11 AM at The Church of Jesus Christ of Latter Day Saints of Lexington, Nebraska with visitation from 10 AM till 11 AM before the service. On Monday, April 15, 2019 there will be a viewing and visitation from 10 AM till 11:30 AM Mountain Time at Rogers Family Mortuary, 205 N. 3rd, Manassa, Colorado with committal and burial to follow at New Manassa Cemetery, Manassa, Colorado. Rogers Funeral Mortuary of Manassa, Colorado & Wenburg Funeral Home of Arapahoe, Nebraska are in charge of the arrangements. Condolences or personal reflections can be left at wenburgfuneralhome.com

To order memorial trees or send flowers to the family in memory of Myrtle Olivia Luster Gibson , please visit our flower store.
Send a Sympathy Card