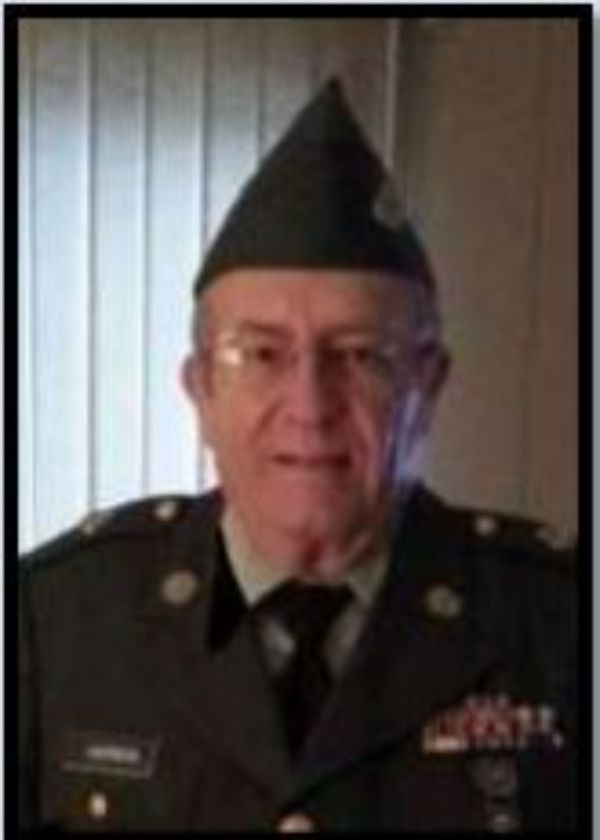 Michael Craig Harmon, age 68, of Arapahoe Nebraska passed away on Saturday, July 3, 2021 at the Kearney Regional Hospital, in Kearney, Nebraska. He was born on May 27, 1953 at McCook, Nebraska to Leland and Lucille Rose (Klient) Grassmeyer. He was baptized on Sept. 27, 1955 at the First United Methodist Church in McCook, Nebraska and was confirmed on May 26, 1968 at the Trinity Lutheran Church in Lexington, Nebraska. He grew up in Lexington, Nebraska and graduated from Lexington High School in 1972. After high school, he service in the U.S. Army from 1972 to 1975. Then served in the Nebraska National Guard until May 27, 2013. He married Gloria Lynn Strickland on November 22, 1975 at Lexington, Nebraska. They made their home in Cozad, Nebraska while working and Malcom Motors and Sperry-New Holland Manufacturing. Mike would also work in Hays Spring, Nebraska for Mirage Flats Irrigation. They moved to Arapahoe, Nebraska and worked at S & L Service Station. They moved to Holbrook, Nebraska before moving back to Arapahoe. Mike would work for Eiler’s Machine and Welding Company in Lexington, Bessler’s in Cambridge, and Baldwin Manufacturing in Gothenburg. He was currently working for Becton-Dickinson Manufacturing in Holdrege. He was a member of the Edison American Legion, Trinity Lutheran Church of Arapahoe, and the HolbrookEdison-Arapahoe Fire Department. He enjoyed hunting & fishing, coaching his son’s baseball teams, watching grandchildren activities, racing, camping, Husker football games, and always loved being with family. Mike was especially proud of his military service and honored to be called to help render military honors and serve in parade & programs that remembered soldiers and their military service. He is survived by his wife, Gloria Harmon of Arapahoe, Nebraska; mother Lucille Grassmeyer of Lexington, Nebraska, Sons Matthew and (Amy) Harmon of North Platte, Nebraska and daughter Ella, Jeffrey (Michelle) Harmon of Holdrege, Nebraska and children Adam, Faith, & Grace, Christopher (Shannon) of Arapahoe, Nebraska and children Brynlee, Carson, & Hunter; brothers Rodney of Lexington, Nebraska, Danny (Cindy) of Lexington, Nebraska, sister Cynthia Bliven (Daryl Widholm) of Gothenburg, Nebraska, and a host of Nieces and Nephews and friends. Preceded in death by his father Leland Grassmeyer, father and mother-in-law Rex and Janice Strickland, granddaughter Madysn Faye Harmon, daughter-in-law Kristi Carnes. Maternal grandparents Adolph & Elizabeth Kleint, paternal grandparents John and Love Harmon. Viewing and visitation will be Tuesday, July 6, 2021 from 4 PM till 8 PM with family present from 6 PM till 8 PM at Wenburg Funeral Chapel, 652 Main St., Arapahoe, NE. Funeral service will be Wednesday, July 7, 2021 at 9 AM at Trinity Lutheran Church in Arapahoe, Nebraska with Rev. James Moshier, officiating. Interment will be at 1 PM on Wednesday, July 7, 2021 at Fort McPherson National Cemetery, at Maxwell, Nebraska with military rites given by the Nebraska National Guard Honor Guard. Memorials are suggested to Wreaths across America. Family is asking for people to wear casual patriotic or Husker attire when attending. Wenburg Funeral Home of Arapahoe, Nebraska is in charge of the arrangements. Condolences and personal reflections may be left at wenburgfuneralhome.com

To order memorial trees or send flowers to the family in memory of Michael Craig Harmon, please visit our flower store.
Send a Sympathy Card