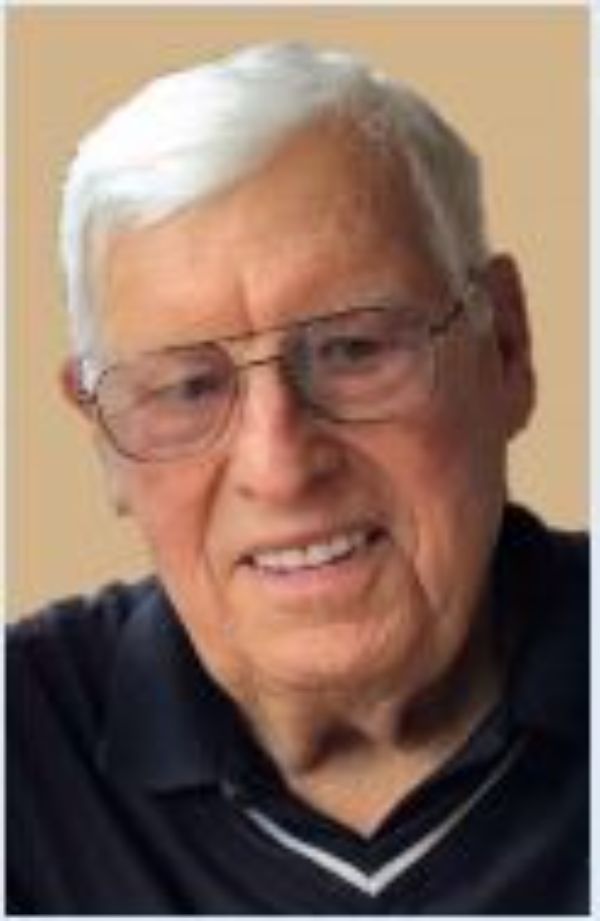 Merle Pfeiffer, age 83, of Arapahoe, Nebraska passed away on Sunday, November 27, 2016 at Elwood Care Center, Elwood, Nebraska. He was born on September 10, 1933 at the family farm in Frontier County to Oswald and Dorothy (Niedeberger) Pfeiffer. Merle was baptized and later confirmed at Salem Lutheran Church which was located in Frontier County. He attended Grammar School Grades 1 thru 5 at District 16 School and Grades 6 thru 8 at Salem Parochial School, both were located in Gosper County. He attended and graduated from Arapahoe High School in 1951. After graduation Merle farmed with his Father on the family farm until November 1954 when he volunteered for service in the U.S. Army. While in the service Merle attended Guided Missile School in El Paso TX. And was later deployed to Chicago, IL to be with the AAA Missile Battalion. In November 1956, he was Honorably Discharged. During his years in the Service Merle met and was united in marriage to his wife Barbara at St. Aloysius Catholic Church in Chicago Il. In April of 1957. Following their marriage they returned to Nebraska, where Merle started his own farming career. For the first 5 years they rented a farm NE of Arapahoe until Merle purchased his parents farm and later other land in the area. Through the years, Merle developed their dryland farm into what he called “My irrigated paradise.” Merle and Barbara were blessed with two children: Son: Jon and Daughter: Leesa. Three Grandsons: Michael Pfeiffer, Jackson Pfeiffer and Maxwell Anderson, who were his Love & Delight. In later years when Merle & Barbara retired, they leased their land and pasture to neighboring farmers. After a few years they purchased a home and moved into Arapahoe. For 30 years Merle served as a Director on the Board of Twin Valleys Public Power District. In the Spring of 1966, Merle was named Outstanding Young Farmer in Recognition of Exceptional Progress in Agriculture and Contributions to the Community. He was President of the Gosper County 4-H Council served on Church Boards at Immanuel Lutheran Church and later on the Finance Board of Trinity Lutheran Church, he also was a member of Trinity Lutheran Church and the American Legion Post #96 of Arapahoe, Nebraska. In 1984 Merle received 2 National Corn Growers Assn. Awards in Recognition of Outstanding Yield per acre. And in 1988 he received another award from the National Corn Growers Assn. in a Corn Yield Contest. Merle also received the Nebraska Pioneer Farm Award that reads: The Knights of AKSARBEN Foundation are honored to recognize the Merle M. Pfeiffer Farm For long and meritorious service to Agriculture as exemplified by continued ownership within the Family of the same Nebraska Farm For 100 years or more. Nebraska has been enriched by the courageous Pioneer Spirit and Loyalty to the land exhibited by members of this Family, down through the years. Merle was an exceptionally loving Husband, Father, and Grandfather. He leaves behind his wife Barbara of 59 ½ years. Son: Jon and wife Julie Clark Pfeiffer and their two sons: Michael and Jackson. Daughter: Leesa and husband Michael Marion and their son Maxwell Anderson. Two sisters: Mildred Post and Gladys Shaffer. Sister-in-law and Brother-in-law: Joan & Luther Bergstrom. Numerous Nieces, Nephews, Relatives and Friends. He is preceded in death by his parents: Dorothy & Oswald Pfeiffer, and a sister Ilene Koch. Merle asked his family to direct memorials to Trinity Lutheran Church for a Scholarship in his name and to the St. Germanus Fatima Shrine. Viewing and visitation will be Friday, December 2, 2016 from 10 AM till 8 PM with family present from 4 PM till 6 PM at Wenburg Funeral Chapel, 652 Main Street, Arapahoe, Nebraska and prior to the service at the church. Funeral services will be Saturday, December 3, 2016 at 10:30 AM at Trinity Lutheran Church at Arapahoe, Nebraska with Rev. James Moshier, officiating. Burial will be at the Arapahoe Cemetery, Arapahoe, Nebraska, with military honors by the American Legion Post #96 of Arapahoe, NE and U.S. Army Funeral Honor Guard. Wenburg Funeral Home of Arapahoe is in charge of arrangements.

To order memorial trees or send flowers to the family in memory of Merle Pfeiffer , please visit our flower store.