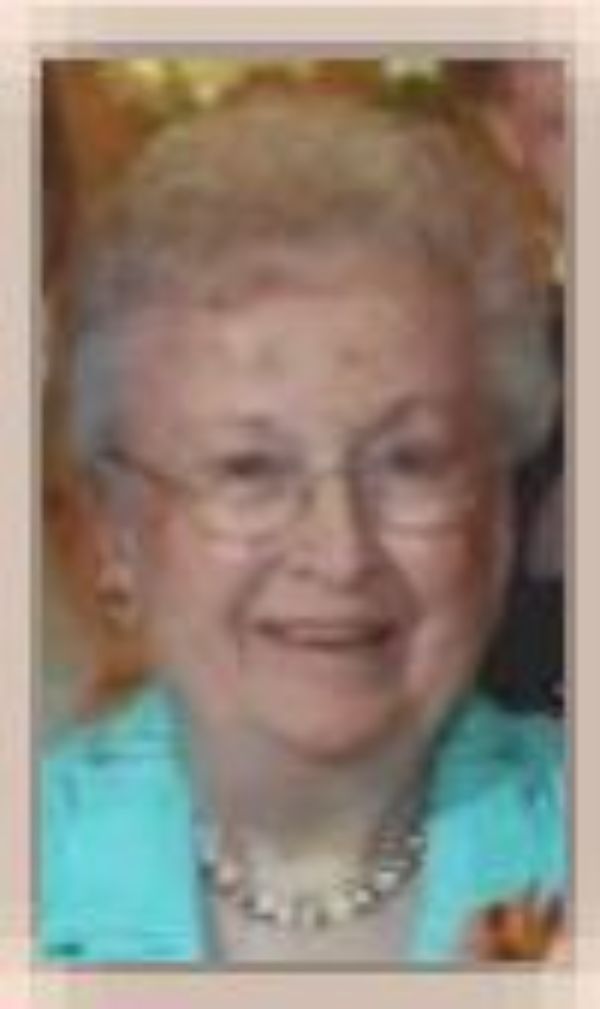 Maxine (Pickett) Hemelstrand, age 96, of Arapahoe, Nebraska, passed away on Monday, February 19, 2018 at C.A. Mues Good Samaritan Center, in Arapahoe, Nebraska. She was born on October 15, 1921 north of Edison, Nebraska in Gosper County to Russell & Gertrude (Wilson) Pickett. Maxine attended rural school in Gosper County and then went to Edison High School. After her schooling, she worked at various jobs until she was married to Glen Hemelstrand on September 20, 1940 at Norton, Kansas. To this union one daughter was born, Glenda. They made their home on a farm north of Edison, in Gosper County, where they farmed for many years. Later they moved to Arapahoe, where she went to work at Longsine’s Hardware owned by Jerry Longsine. Glen and Maxine purchased the hardware store in 1958 and it became Hemelstrand’s Hardware, and they ran it for many years. Glen passed away in 1980. Maxine continued to operate the store until retiring in 1998 due to health problems. She lived at Prairie Pines in Arapahoe until 2012, and then she moved to C.A. Mues Good Samaritan Center. In her early years, Maxine attended Sunday school and church at a country church in Gosper County. She became a member of Trinity Lutheran Church of Arapahoe in 1994. She was an active member of the Arapahoe Chamber of Commerce, Ella Missing Foundation Board, and Arapahoe Area Foundation (working especially on the War Memorial). She loved her family dearly and playing bridge. She loved farming and living the farm life as a wife and mother. Maxine was preceded in death by her parents, step-father Harry Pickett, her husband Glen in 1980, infant brother Gerald, brothers Harold and wife Rosella and Cecil and wife Violet Pickett, father & mother-in-law Ivan and Linda Hemelstrand. She is survived by her daughter Glenda and husband Dale Schutz of Edison, Nebraska, brother Darryl and wife Jeanenne Pickett of Hereford, Arizona, Grandsons; Brad and wife Gayle Schutz, Joel and wife Jennifer Schutz, both of Arapahoe, Nebraska, Granddaughters; Shelley and husband Mike Snyder of Kearney, Nebraska and Nancy Schutz of Holdrege, Nebraska, Great-Grandchildren; Alex Schutz, Amanda (Ryan) Overleese, Kale (Audria) Breinig, Ryanne (Marty) VanWesten, Sarah (Aaron) Essay, Brianna Snyder, Cooper & Campbell Schutz, Great-Great Grandchildren; Elijah & Maggie Essay, Kinsley & Kincaid Breinig, & Kasen Overleese, and a host of beloved nieces, nephews, relatives, and friends. There will be no viewing or visitation. Funeral services will be Friday, February 23, 2018 at 2 PM at Trinity Lutheran Church, Arapahoe, Nebraska with Rev. James Moshier, officiating. Interment will be at Arapahoe Cemetery, Arapahoe, Nebraska. Wenburg Funeral Home of Arapahoe, Nebraska is in charge of the arrangements. Recipients of Memorials will be chosen at a later date. Condolences or personal reflections may be left at wenburgfuneralhome.com

To order memorial trees or send flowers to the family in memory of Maxine (Pickett) Hemelstrand , please visit our flower store.
Send a Sympathy Card