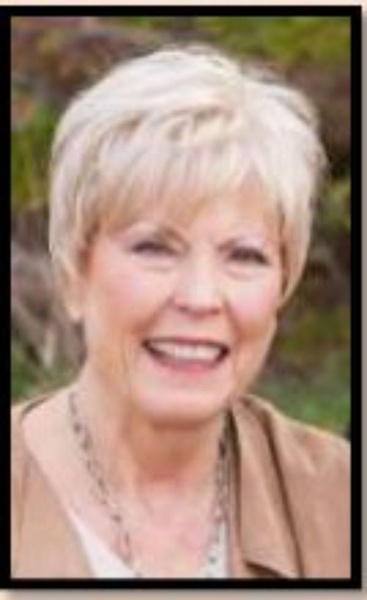 Mary “Sheryl” Miller, age 72, of Johnson Lake, Nebraska, passed away on Thursday, June 21, 2018 at her home. She was born on November 5th, 1945 to Robert and Burdella Martin in Holdrege. She came into this world with a fighting spirit, taking nearly three days before she was delivered. She was raised on a farm outside of Hendley, where she lived a happy life alongside her three brothers and parents. After graduating high school from Beaver City in 1964, she went on to college in Kearney, where she met her husband of 51 years, Brian Miller. They courted for less than six months before tying the eternal knot. Together they raised their four children on a farm outside of Callaway, NE, where they were able to be involved in a rural Methodist church, Morning Star, along with many school events with through their children at Callaway Schools. In 1991, Sheryl returned to UNK to obtain her bachelor’s in Gerontology. In 1995, Brian and Sheryl moved to Gothenburg, NE to open their real estate office, Gateway Realty. While they built many relationships and thoroughly enjoyed their livelihood there, Sheryl suffered health issues that encouraged an early retirement. In May 2006, they relocated to their present home at Johnson Lake. Throughout their many years of marriage, Brian and Sheryl enjoyed travelling, second to spending time with and entertaining friends and family. They had the opportunity to travel to every state in the nation, as well as many other parts of the world, including Great Britain, China, Africa, Europe, Asia, Central and South America. Sheryl wanted each of her children and grandchildren to visit Hawaii and she accomplished just that! They all had the opportunity to travel and share special memories with Sheryl in her favorite tropical spot on the Big Island. Sheryl lived every day to the fullest, giving all of her love and support to those around her and never thinking of herself first. She was always full of spunk and optimism and never passed up the chance to try something new. She was a truly special person that touched the lives of everyone she met. Sheryl will be remembered for her ceaseless giving and endless smile. Sheryl was always surrounded by many friends and a large, loving family. She is preceded in death by her father, Robert and brother, Randy and nephew, Sean Martin. She is survived by her husband, Brian, mother, Burdella Martin, of Holdrege, brother Doug (Joan) Martin of Lincoln, and brother Steve Martin, of Beaver City. Her children include Jody (Glen & Torey, Tyler (Jenni), Sydney (Curtis Scott), & Lexie) Thulin of Holdrege, Brant (Robin & Alyssa) Miller of Gothenburg, Angie (Scott & Ellie, Jarron, Olivia, Alec & Emma) DeKok of Sheldon, IA, and Shelly (Andrew & Hudson, Ardyn, Stella & Norah) Nickerson of Gretna. Sheryl’s family would like to thank the staff of RuralMED, for their big hearts and wonderful care. A special thank you also goes out to all the friends and family that have provided food, love and comfort throughout her battle with cancer. She was showered with demonstrations of love and support. In lieu of flowers, memorials may be given to the family, to be designated at a later date. A celebration of life will be held on Monday, June 25th , at 10:30 AM at the Callaway Community Center, followed by a luncheon party. Private inurnment will be at a later date. Elwood Funeral Home of Elwood, Nebraska is in charge of the arrangements. Condolences or personal reflections can be left at elwoodfuneralhome.com.

To order memorial trees or send flowers to the family in memory of Mary “Sheryl” Miller, please visit our flower store.
Send a Sympathy Card