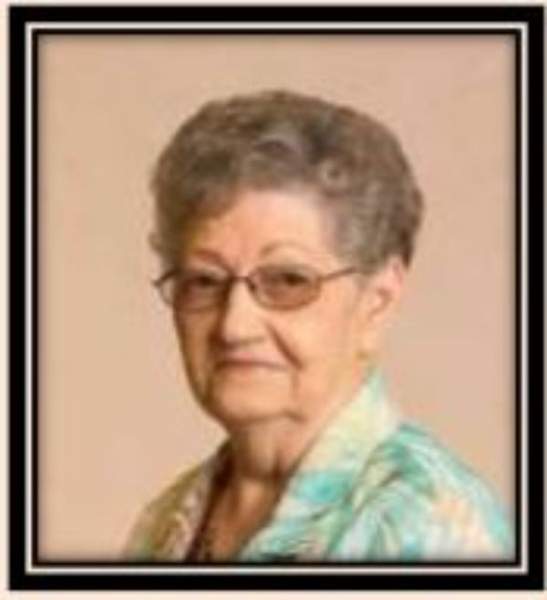 Marna Erama (Ziebell) Hermes, age 89, of Arapahoe, Nebraska, passed away on Saturday, March 24, 2018 at Bryan Medical Center East, in Lincoln, Nebraska. She was born on October 14, 1928 in rural area north of Arapahoe, Nebraska to Henry & Matilda (Gehring) Ziebell. Marna was baptized and confirmed at Immanuel Lutheran Church. She attended elementary school in the Immanuel Lutheran Parochial School, and graduated from the Arapahoe High School with the class of 1947. In February of 1948 she was married to LaVerne Hermes in the Immanuel Church north of Arapahoe. They made their home on a farm 3 miles south of Arapahoe. To this union three children were born; Kathleen, Dick, and Cynthia. Marna was active in Trinity Lutheran Church in Arapahoe, singing in the choir, teaching Sunday school, and was an organist for over 30 years. She joined the Women’s League and served in various offices; locally, in the zone, and district LWML. She was a member of the Mid Valley Extension Club for over 50 years. Marna and her friend, Wilma Haussermann, became well known during the 60’s for the music and entertaining they did as a comedy duo. Later years they were joined by a saxophone player and were dubbed The Swinging Grannies. They traveled many miles to entertain at Senior Centers, Rest Homes, Churches, and other groups. Preceding her in death were her parents, husband LaVerne in 2012, and a daughter Kathleen Burns in 2005. Marna cherished her many friends in the church, family, clubs, and Senior Center. She is survived by son, Dick (Janet) Hermes of Arapahoe, NE, daughter Cynthia (Gary) Pfeiffer, of Worland, Wyoming. Five Grandchildren: Robyn (Dennis) O’Roark, Prairie View, Kansas, Ryan (Robyn) Hermes, Arapahoe, NE, Britt (Bill) Howard, Mason City, NE, Justin (Jamie) Pfeiffer, Worland, Wyoming, Jamey Pfeiffer, Worland, Wyoming. Eleven Great-Grandchildren: Amber Howard of Kearney, NE, Rilee Howard of Mason City, NE, Addisen and Emersen O’Roark, Prairie Village, KS, Miranda, Abby, Kyland, and Cruz Pfeiffer, Worland, Wyoming, Kaden Pfeiffer, Worland, Wyoming, Christopher and Drew Hermes, Arapahoe, NE, 2 step-great grandchildren; Amanda and Bradlee Loghry of Lincoln, NE. Nephew; Wayne (Cindy) Hilker of Arapahoe, NE and son-in-law Gene Burns of Mason City, NE. Viewing and visitation will be Wednesday, March 28, 2018 from 6 PM till 7 PM with family present at Wenburg Funeral Chapel, 652 Main, Arapahoe, Nebraska and prior to the service at the church. Funeral services will be Thursday, March 29, 2018 at 11 AM at Trinity Lutheran Church, Arapahoe, Nebraska with Rev. James Moshier, officiating. Interment will be at Arapahoe Cemetery, Arapahoe, NE. Memorials are suggested to the Trinity Lutheran Church and Senior Center of Arapahoe, NE. Condolences or personal reflections may be left at wenburgfuneralhome.com. Wenburg Funeral Home of Arapahoe, Nebraska is in charge of the arrangements.

To order memorial trees or send flowers to the family in memory of Marna Erama (Ziebell) Hermes, please visit our flower store.