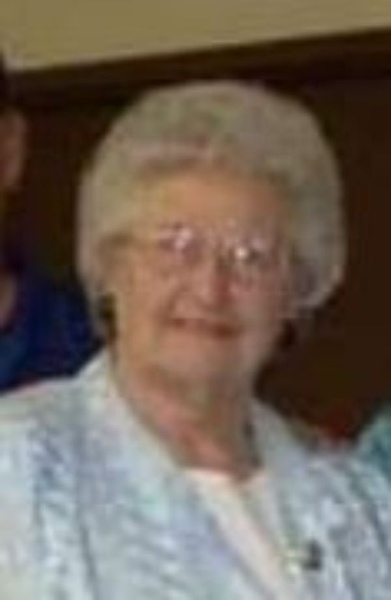 Manda “Gail” Leggott-Willson, 91, passed away Wednesday, Nov. 3, 2021, at Great Plains Health in North Platte, Nebraska. Gail was born on a farm south of Elwood, Nebraska, on January 15, 1930, the third child of Oren and Inez (Whisler) McKenzie. She grew up in Elwood, Nebraska, was baptized at the Elwood First Christian Church, attended Elwood Public School and graduated with the Class of 1947. She went on to take Correspondence classes to obtain a Teaching Certificate. Gail then taught at District 24 and District 4 elementary schools. In 1950, she married Merton Leggott in Elwood, Nebraska. Together, they raised an adopted son, Mark Eugene, and not long after, welcomed David Neil to the family. The family lived on a farm and ranch west of Elwood, where she helped with the ranch and farming operation. They also raised chickens and sold their eggs to the local grocery store. Gail lived in Elwood her entire life before marrying Howard Willson in 1988. They resided in Kearney, Nebraska, from 1989- 2011. Gail then moved to her home in North Platte before her failing health required her to relocate to Linden Court in 2015. As a single Mom, Gail was a busy lady, indeed! She worked for the Gosper County Extension office; was secretary for Beckman Construction/IBS for nearly 15 years; and worked as a teller/ secretary for 10 years at the Elwood Home Bank, retiring in 1987. Gail loved music and her life centered around playing at countless weddings, funerals, and church services. Since childhood, she was the pianist/organist/accompanist in Elwood and Kearney. Gail taught private piano lessons and sang in church choirs, but her greatest accomplishment was playing ‘Pomp and Circumstance’ at every Elwood High School Commencement from 1964-2006!! Those 40+ years encompass graduations for all of her nieces, nephews and sons. Her dog, Beau, was her companion and she also enjoyed playing Pinochle as a pastime. Survivors include her son David and daughter-in-law Pam Leggott of North Platte; four grandchildren: Cory Leggott of North Platte, Shea (Chelsea) Leggott of Kearney, Daniel Leggott of Grand Island; Setera (Emmett) Gannon of Omaha; three great-grandchildren: Emersyn Gannon, Everett Gannon and Olivia Leggott. She was preceded in death by her parents; husband, Howard Willson; son, Mark Leggott; daughter-in-law, Bobbi Leggott; great-granddaughter, Hannah Jo Leggott; brothers: Jack (Norma) McKenzie, Dale McKenzie, and sister, Iris (Bill) Evans. Viewing and visitation will be Friday, November 5, 2021. from 5 PM till 7 PM at Elwood Funeral Home in Elwood, Nebraska. Funeral services will be held Saturday, November 6, 2021, at 11 AM at Elwood First Christian Church in Elwood, Nebraska with Pastor James Morton, officiating. Interment will be at Elwood Cemetery, Elwood, Nebraska. Elwood Funeral Home of Elwood, Nebraska, is in charge of the arrangements. Condolences and personal reflection may be left at elwoodfuneralhome.com Memorials are designated to the Elwood First Christian Church.

To order memorial trees or send flowers to the family in memory of Manda “Gail” Leggott-Willson , please visit our flower store.