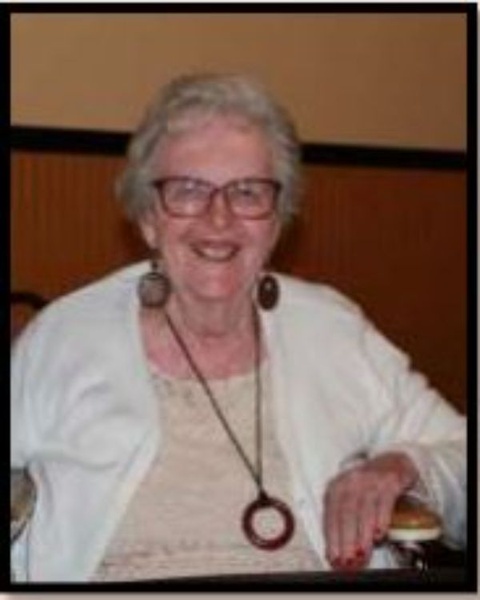 M. Elaine Stagemeyer Lueders, age 83, of Arapahoe, Nebraska, formerly of Holbrook, Nebraska passed away on Saturday, September 4, 2021 at the Cambridge Hospital in Cambridge, Nebraska. She was born February 15, 1938 in Cambridge, Nebraska to Guy E. and Lela E. (Remington) Fetters. She was baptized at the Baptist Church in Cambridge. She grew up south of Holbrook, Nebraska and attended country school close to home. She would then attend Holbrook High School and graduate with the class of 1955. She married Joseph W. Stagemeyer on June 20, 1957 at the First Baptist Church in Holbrook. She worked as a cook at the school and as a clerk in the village office, both in Holbrook. She also worked at the C.A. Mues Good Samaritan Center in Arapahoe in the laundry department and then helped at the HoJo’s Restaurant in Holbrook. Her husband Joe passed away on August 16, 2007. She then married Glen Lueders and they later separated. She was a member of the First Baptist Church in Holbrook where she played the piano for many services. She was a member of Women’s Club and Music Club of Holbrook. She enjoyed watching Nebraska football and volleyball and playing cards and bingo. She was preceded in death by her parents, husband Joseph, son-in-law Jim Brooks, and her beloved dog, Gigi. She is survived by her daughters: Christine and husband Joe Cooney of Clay Center, Nebraska, Cynthia and husband Tom McNeil of Burwell, Nebraska, Kathy and husband Steve Rauscher of Lincoln, Nebraska. 7 Grandchildren, 2 Step-Grandchildren, 3 Great-Grandchildren and 2 Step-GreatGrandchildren. Viewing and visitation will be September 17, 2021 from 2 PM till 8 PM with family present from 6 PM till 8 PM at Wenburg Funeral Chapel, 652 Main Street, Arapahoe, Nebraska. Funeral service will be Saturday, September 18, 2021 at 10 AM at Congregational Church, Cambridge, Nebraska. Interment will be at Holbrook Cemetery at Holbrook, Nebraska. Memorials will be designated at a later date. Wenburg Funeral Home of Arapahoe, Nebraska is in charge of the arrangements in Nebraska. Condolences and personal reflections may be left at wenburgfuneralhome.com

To order memorial trees or send flowers to the family in memory of M. Elaine Stagemeyer Lueders , please visit our flower store.