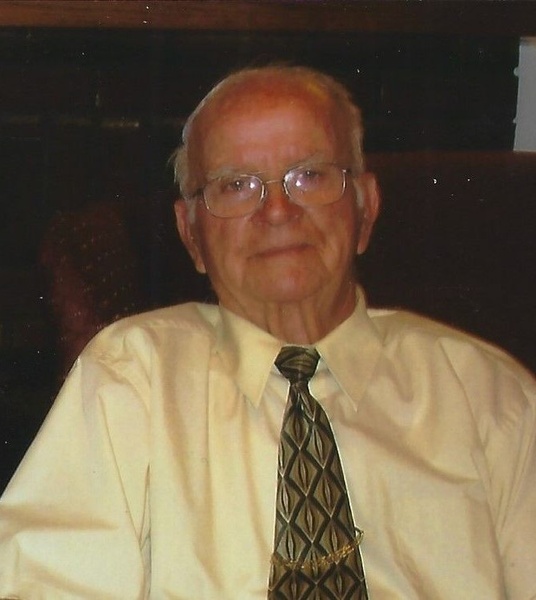 Lyle W. Steele, fondly known as “Timber” passed away on Monday, June 13, 2022 at the age of 93 at the Elwood Care Center, Elwood, Nebraska. He was born to at Holbrook, Nebraska to Cecil and Mila (Scott) Steele on November 19, 1928. He was raised in Holbrook, and attended school there and graduated with the class of 1946. He married Norma Faye Fisher May 29, 1948. Four children were born to this union, Vicki, Judy, Randy, and Rick.

Lyle worked for Bill Rankin at the Holbrook Elevator before enlisting in the United States Air Force serving stateside during the Korean War. Returning home he worked for the Kansas Nebraska Gas Company throughout the state. He moved his family back to Arapahoe and worked for Lammel Plumbing and Heating before starting his own plumbing and heating business. Lyle was manager of the Arapahoe Country Club for three years and caretaker at Sunshine Village for ten years before retiring.

Lyle loved the outdoors: playing baseball, golfing, fishing and hunting. He was the Boy Scout leader of Troop 236. He always enjoyed singing in the church choir.

There will be no viewing or visitation as cremation was chosen. Memorial services will be Saturday, June 18, 2022 at 10:30 AM at the First United Methodist Church of Arapahoe, Nebraska with Pastor Joel Rathbun, officiating. Inurnment will be at the Arapahoe Cemetery. Military Honors will be conducted by Arapahoe American Legion. Wenburg Funeral Home of Arapahoe, Nebraska is in charge of arrangements. Condolences and personal reflections may be left at wenburgfuneralhome.com

To order memorial trees or send flowers to the family in memory of Lyle W. Steele, please visit our flower store.