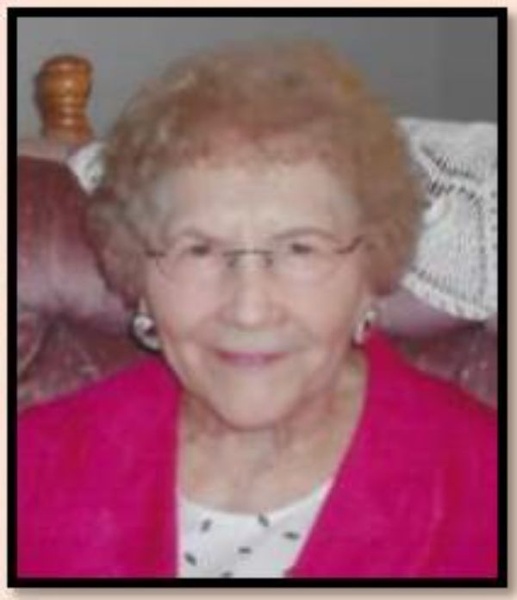 Luella Dora Ruff, age 95, of Gothenburg, Nebraska passed away on Sunday, Julu 6, 2021 at Hilltop Estates, Gothenburg, Nebraska. She was born on February 27, 1926 on a farm northwest of Norton, Kansas to John and Clara (Werner) Mussman. She was baptized March 7, 1926 at Immanuel Lutheran Church at Norton and confirmed at Trinity Lutheran Church in Arapahoe on May 19, 1940. She graduated from Arapahoe High School and received a Normal Training Teaching Certificate. She went to California for a year after high school and upon returning to Nebraska was employed by Northwestern Bell Telephone Company in Holdrege for four years. She also worked at BectonDickenson in Holdrege for seventeen years. On April 23, 1950 she was married to Vernon Ruff. They lived and farmed around Holbrook and Arapahoe. They enjoyed traveling and camping. They were blessed with two daughters, Deborah and Kathy. She moved to Gothenburg in 2008 to be near family. When her daughters were younger, Luella taught Sunday School, Vacation Bible School and helped with Girl Scouts. After she retired from BD, she was a member of LWML, helped at the Mission Mall, Food Pantry and joined some of her fellow BD retirees for their Breakfast Club. Luella also enjoyed refurnishing furniture. She was preceded in death by her parents, husband Vernon, son-in-law Carl Weidman; brothers Melvin and Harold, sisters Frances, Helen, Mildred, Faye, and Ferne; brothers-in-law Clarence, Dale, Orvin, Chet, Scotty and Ken; Sisters-in-law Winnie and Veva. Survivors included daughters Deb Weidman and Kathy (Al) Morales; sister-in-law Norma Mussman. Grandchildren: Allen (Betina) Weidman and Kami (Brent) Hudson. Great Grandchildren: Kyle, Conner, Katelyn Weidman, Karley and Claire Hudson. She also leaves behind many nephews and nieces and their families. Private family services were held on Tuesday, July 13, 2021, at 9:30 AM at Trinity Lutheran Church, Arapahoe, Nebraska with Rev. James Moshier, officiating. Interment followed at Arapahoe Cemetery, Arapahoe, Nebtraska. Wenburg Funeral Home of Arapahoe, Nebraska is in charge of the arrangements. Condolences and personal reflections may be left at wenburgfuneralhome.com

To order memorial trees or send flowers to the family in memory of Luella Dora Ruff, please visit our flower store.
Send a Sympathy Card