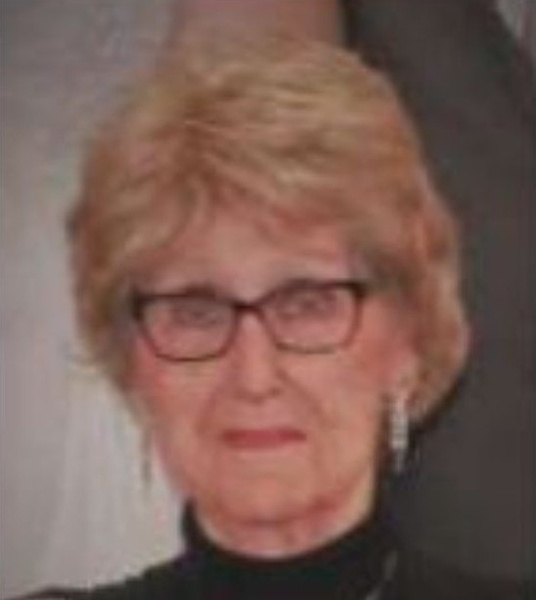 Lorraine Marie Girch, age 92, of Hastings, Nebraska formerly of Arapahoe, Nebraska passed away on Monday, November 19, 2020 at her home in Hastings, Nebraska. She was born on June 28, 1928 on a farm north of Oxford, Nebraska to Albert and Sophia (Obering) Lueking. She attended country school over the hill from her home. She graduated from Mascot High School with the class of 1945. After high school she worked for Northwestern Bell Telephone Company in Oxford. On May 31, 1953 she married Roy (John) Girch in Oxford. They briefly lived in Oxford before moving to Arapahoe in 1956. They were blessed with two children, Roger and Linda. She was a charter member of Peace Lutheran Church and in her last years a member of the First United Methodist Church of Arapahoe. While raising her children she worked as a part time evening janitor for Arapahoe Public Schools and as her children became less dependent, she began working part time for Wagner’s Supermarket, first for Jack Wagner and then for Lorris Haarberg. She continued working for 18 years and enjoyed her boss and coworkers, especially the many high school students whom she helped to mentor, and of course her customers. She enjoyed retirement spending time with her husband, sister, children, and grandchildren. She was preceded in death by her parents, infant brother Alvin, sister Dorothy, 3 brothers-in-law and infant granddaughter Jenna. Her loving husband John, passed on their 62nd wedding anniversary May31, 2015. Following John’s death, she and her sister moved together to Hastings where she enjoyed the last 5 years of her life with her sister, daughter, grandchildren, and great-grandchildren nearby. She is survived by her loving sister Darlene Miller of Hastings, son Roger and wife Karen Girch of Beatrice, Nebraska, daughter Linda and husband Tom Klein of Hastings, Nebraska, 3 grandchildren, Christopher Hitchcock and wife Tiffany of Marquette, Nicole and husband John Kremlacek of Wahoo, Nebraska, Andrew Hitchcock of Lincoln, Nebraska, 2 great-granddaughters, Haley and Lacy of Marquette: and in March 2021 a future greatgrandson Kremlacek of Wahoo. Private family viewing only. Graveside services will be Monday, November 23, 2020 at 1:00 PM at the Arapahoe Cemetery of Arapahoe, Nebraska with Rev. Becky Saddler, officiating and will also be lived streamed on “Arapahoe FUMC” Facebook page. Wenburg Funeral Home of Arapahoe, Nebraska is in charge of the arrangements. Condolences or personal reflections can be left at wenburgfuneralhome.com. Memorials are suggested to the First United Methodist Church of Arapahoe, Nebraska.

To order memorial trees or send flowers to the family in memory of Lorraine Marie Girch , please visit our flower store.