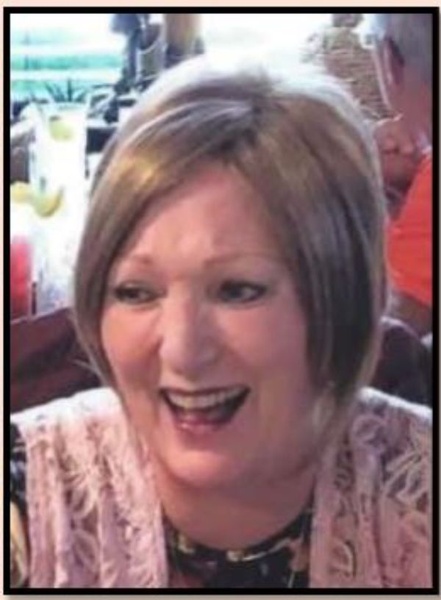 Lorraine Kay Kats, 62 age, of Beaver City, Nebraska passed away on Monday, August 3, 2020, at her home surrounded by her family. She was a warrior until the end, fighting both breast and pancreatic cancer. She was born November 24, 1957, in Norton, Kansas, to Lawrence and Creta (Rorabaugh) Sawyer. Lorraine was raised in Almena, Kansas until her parents moved to Lexington, Nebraska in 1972. She graduated from Lexington High School with the class of 1975. On June 25, 1977, she married Dennis Wallace in Lexington. To this union two daughters were born, Amber and Ashley. On July 10, 1993, Lorraine married Robert Parker of Cozad, Nebraska. They resided in Cozad until moving to Columbus, Nebraska in 2003. She later moved to Lincoln, residing there until her marriage to Daryl Kats of Long Island, Kansas on August 31, 2012. They have made their home in Beaver City since 2013. She worked as a dental assistant for several entities in Lexington, Cozad, Columbus, and Lincoln, Nebraska. Lorraine enjoyed cooking, crafting, tending her flowers, and the Huskers, especially Football, Basketball, and Volleyball. The movie, “Wizard of Oz” was a lifetime favorite. She starred as Glinda, the “Good Witch”, in the Lexington High School production, fueling a lifelong passion for collection Wizard of Oz memorabilia. She also enjoyed raising several Golden Retrievers, two of whom, Chance and Biscuit, were waiting for her at the rainbow bridge. Her lifelong dream was to own a horse. She especially enjoyed being a member of the Faith Community Church family. She is survived by her husband Daryl, of Beaver City, Nebraska; daughters Amber (Kirby) Novacek of Lincoln, Nebraska, and Ashley (AJ) Bowen of Papillion, Nebraska; grandchildren Addison and David Novacek of Lincoln and Carter and Sawyer Bowen of Papillion, Nebraska; sister Betty (Larry) Ohs of Lincoln, Nebraska and one aunt, Georgie Rorabaugh of Norton, Kansas plus nephews, cousins,. Lorraine was preceded in death by her parents and grandparents Memorial services with be held Friday, August 7, 2020 at 10:30 a.m. at Faith Community Church in Beaver City, Nebraska with Pastor Daryl Kats, officiating. There will be no viewing or visitation as cremation was chosen. Inurnment will be at Cozad Cemetery, Cozad, Nebraska. For those unable to attend, you can watch the memorial service live on the “Faith Community Beaver City” Facebook page. In lieu of flowers, the family requests memorials in her name to Rural Med Hospice Care and GRRIN – Golden Retriever Rescue in Boys Town, Nebraska. Wenburg Funeral Home in Beaver City, Nebraska is in charge of arrangements. Condolences can be left at wenburgfuneralhome.com.

To order memorial trees or send flowers to the family in memory of Lorraine Kay Kats , please visit our flower store.