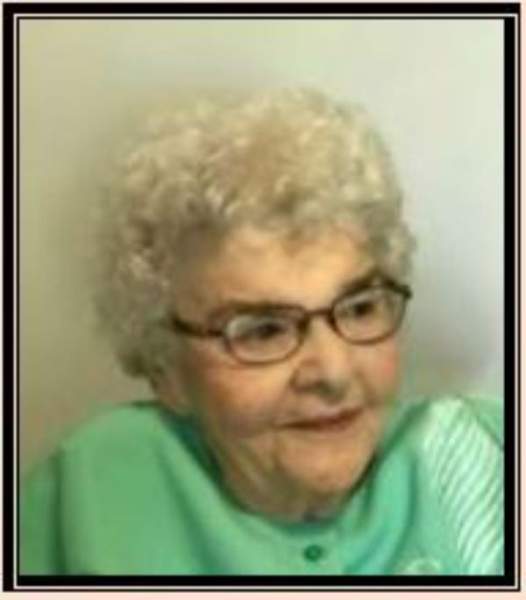 Lorena Ems, age 99, of Arapahoe, Nebraska entered into rest Monday, May 6, 2019 at the Tabitha Journey House, Lincoln, Nebraska. She was born on July 11, 1919, in Edison, Nebraska to Louie and Josephine (Dawson) Roepke. She graduated from Arapahoe High School in 1936 as Valedictorian of her graduating class and was the recipient of a Regents scholarship. After graduating from high school, Lorena obtained her first job at the age of 16. She taught school at a country school north of Arapahoe. Lorena married Morris Ems, a high school classmate, in 1938. Morris was employed by the Nebraska/Kansas Gas Company pipeline in the early 1940s and the early years of their marriage required frequent moves to various locations in Kansas and Nebraska. They settled in Lusk, Wyoming for a time and then moved back to Arapahoe to start a business. With the buildup of World War II, Morris joined the U.S. Army and Lorena managed the business. After Morris returned home from the service, they entered into the partnership of Mosbarger and Ems Construction Company in 1947. While Morris managed the construction business, Lorena became a homemaker. Lorena was a long-time member and supporter of the First United Methodist Church of Arapahoe. She was a Brownie Scout leader, Mother Advisor of Rainbow Girls; and a member of Methodist Women's group, the Arapahoe Legion Auxiliary, and Eastern Star. She served on the Arapahoe Cemetery Board. Lorena enjoyed cooking, sewing, reading, painting, and most of all, interacting with family members and friends. Lorena is preceded in death by her parents, her husband Morris Ems, her son Larry Ems, three brothers - Neal, Lyle and Orville Roepke; four sisters – Lois Petska, Wauda Meyerhoeffer, Leota Penn, and Juanita Laverack. Survivors include her son Donald and wife Rhonda Ems of Mesa, Arizona; daughter Myrna Ems of Arapahoe, Nebraska; daughters Linda Fritz & Donna and husband Rick Wolzen, all of Lincoln, Nebraska; sister-in law Bernice Ems of Lincoln Nebraska; sister-in-law Audrey Ems of Holland Michigan; and daughter-in-law Donna Ems of Tacoma, Washington. There are 10 grandchildren, 21 great-grandchildren, and 9 great-great grandchildren. Viewing and visitation will be Thursday, May 9, 2019 at the Wenburg Funeral Chapel, 652 Main Street, Arapahoe, Nebraska, from 4 pm until 7 pm and prior to the service at the church. Funeral services will be held at the First United Methodist Church of Arapahoe, Nebraska, on Friday, May 10, 2019 at 1 PM with viewing and visitation at 12:30 pm until start of service. Interment will follow at the Arapahoe Cemetery, Arapahoe, Nebraska. Memorials may be directed to United First Methodist Church of Arapahoe or Arapahoe Public Library. Funeral arrangements entrusted to Wenburg Funeral Home, Arapahoe, Nebraska. Condolences or personal reflections can be left at wenburgfuneralhome.com

To order memorial trees or send flowers to the family in memory of Lorena Ems , please visit our flower store.