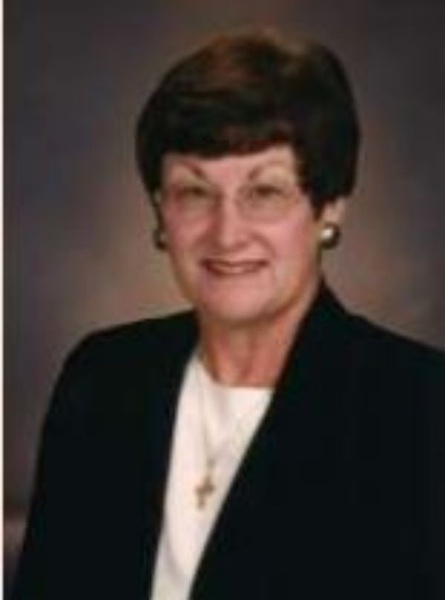 Linda S. (Carskadon) Schutte, age 71, of Malcolm, Nebraska, loving wife, mother, and grandmother was called home by the Lord on Dec 26, after a long and courageous battle with cancer. Linda was born on August 3, 1948 to Ihling L. (Brick) and Selma C. Carskadon. She was raised on a farm Southeast of Arapahoe. She graduated from Arapahoe High School with the class of 1966 and Kearney State College in 1970 with a Bachelor of Science degree in physical education. She taught school in Cozad and was a substitute teacher in Nebraska, Kentucky and Kansas for over fifteen years. She retired from the Veterans Administration in 2011. Linda was united in marriage to Samuel L. Schutte at the Christian Church in Arapahoe on July 8, 1972. To this marriage, God blessed her with two daughters, Karey and Amy. Linda was a dedicated Army wife and was always up to the challenge of moving and making new friends. She was a member of Alpha XI Delta Sorority at Kearney State College and later a Chapter Advisor until her death. She was a lifetime member of the VFW Auxiliary. Linda was a member of Redeeming Grace Baptist Church, in Lincoln, NE. Linda had a great love for the Lord, her family and her church family. Linda was a loyal servant to God and could always be counted on to serve others. She was an excellent stained glass artist as well as several other crafts. She was an avid husker football fan and spent countless hours reading the sports section. Linda is survived by her husband Colonel Sam Schutte (USA-Ret) of Malcolm, daughters Karey Schutte of Lakewood, CO and Amy Graham, husband Phillip, grandchildren Zoie and Bryck of Syracuse, brother Lee Carskadon and wife Georgene,sister in laws DeAnna Schutte and Charlotte Schutte as well as several nieces and nephews. She was preceded in death by her father Ihling L. (Brick) Carskadon and mother, Selma C. Carskadon. Visitation will be Tuesday, December 31, 2019 from 10 AM till 11 AM at the Wenburg Funeral Chapel, 652 Main Street, Arapahoe, Nebraska. Graveside services will be Tuesday, December 31, 2019 at 11 AM at the Arapahoe Cemetery, Arapahoe, Nebraska with Larry Whitbeck, officiating. Memorials may be given to donor’s choice. Wenburg Funeral Home of Arapahoe, Nebraska is in charge of the arrangements. Condolences and personal reflection can be left at wenburgfuneralhome.com

To order memorial trees or send flowers to the family in memory of Linda S. (Carskadon) Schutte , please visit our flower store.
Send a Sympathy Card