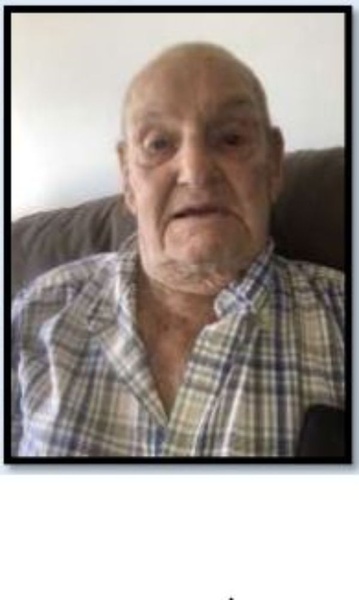 Leslie A. “Shorty” Marvin, age 100, of Holdrege, Nebraska passed away on Monday, September 14, 2020, at Holdrege Memorial Homes, of Holdrege, Nebraska. He was born on April 19, 1920 in Riceville, Iowa to Walter and Pearl (Miller) Marvin. Shorty went to school and grew up in the Riceville, Iowa area. He worked at an Oliver Tractor factory in the area until he was drafted into the U.S. Army in 1942. After his honorable discharge from the Army, he moved to Colorado and worked the Climax Mines in Leadville, Colorado. He then moved to Norton, Kansas where he worked for the City of Norton. After working in Construction and Contracting throughout Colorado, Nebraska, and Kansas, he retired to Alma, Nebraska in 1985. Leslie enjoyed hunting and fishing with his sons and spent many hours tinkering in his garage and mowing lawns. Shorty was preceded in death by his parents, sons Kenneth, Butch, & Richard, brothers Keith, Dale, and Robert and sisters Lucille Crooks, Merle Crooks, and Rosella Crooks. He is survived by his daughters Linda Mallies of Aurora, Colorado, Betty Newton of Holdrege, Nebraska, Carol Snyder of Holdrege, Nebraska, Mary Bowman of Alma, Nebraska, Kathy Moreno of Belle Fourche, South Dakota, Steph (Bill) Whitlow of Imperial, Nebraska, sons Larry (Melodie) Marvin of Holdrege, Nebraska, Lester Marvin of Kearney, Nebraska, Sisters Phyllis Pitz and Dorothy Simpson and numerous grandchildren and greatgrandchildren and great-great grandchildren. Viewing and visitation will be Saturday, September 19, 2020 from 9 AM till 10 AM at Wenburg Funeral Home, Beaver City, Nebraska. Graveside service will be Saturday, September 19, 2020 at 10:30 AM at Mt. Hope Cemetery, Beaver City, Nebraska with Rev. Becky Saddler, officiating. Wenburg Funeral Home in Beaver City, Nebraska is in charge of arrangements. Condolences and personal reflections can be left at wenburgfuneralhome.com.

To order memorial trees or send flowers to the family in memory of Leslie A. “Shorty” Marvin , please visit our flower store.
Send a Sympathy Card