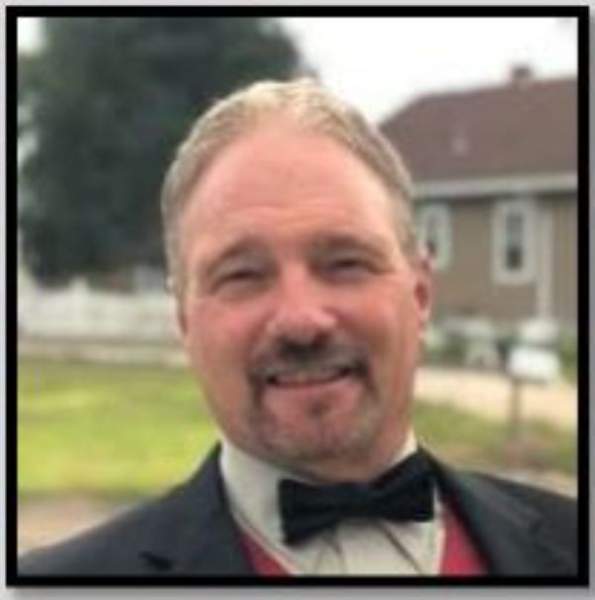 Kerby Lee Strayer, age 55, of Beaver City, Nebraska, passed away on Thursday, April 18, 2019 at his home. He was born on January 27, 1964 in Norton, Kansas to Lee & Doris (Hager) Strayer. He attended school at Beaver City High School and graduated with the class of 1982. Kerby married Carol Peterson on November 19, 1988 at the First Presbyterian Church in Beaver City. Together they had two daughters Lorrisa and Amanda. They later divorced. He owned his own truck and drove several years of long haul trucking. He worked at Strayer Motor Company in refrigeration and sales & service. In recent years he became involved in farming. One of his passions was antique tractors, which he restored and drove in many tractor pulls. He was also involved for many years with the Beaver City Fire and Rescue Department. Kerby was dedicated to his family and friends. Many of his friends were like family to him. His greatest joy was playing with his grandchildren and taking them to different events. He was most happy when his grand kids were old enough to spend the night or weekend with him. He was preceded in death by his infant twin brother Kerry Dee. Grandparents; Golda and Harold Hager, Ruby and Paul Strayer. He is survived by his special friend Karen Bush from Sutherland, Nebraska; two children Lorissa and her fiancé, Alex Kermmoade of Oxford, Nebraska; Amanda Marie and husband Josh Schrock of Arapahoe, Nebraska; 5 grandchildren: Hager William Kermmoade, Kymber Alexis and Romalie Grayce Williamson, Garett Lee & MaKenna Marie Schrock, Parents; Lee & Doris Strayer of Beaver City, Nebraska, Brother Jeffrey Paul Strayer of Beaver City, Nebraska, nieces Jamie Heese & Haley Strayer, 9 great nieces & nephews.. Kerby will be greatly missed by his family and all who knew him. Funeral services will be on Friday, April 26, 2019 at 10:00 AM at the First Presbyterian Church in Beaver City, Nebraska with Pastor George Probasco, officiating. Viewing and visitation will be Thursday, April 25, 2019 from 2 PM till 7 PM. with family present from 5 PM till 6 PM at the Wenburg Funeral Home in Beaver City, Nebraska. Burial will be at Norton Cemetery, in Norton, Kansas. Wenburg Funeral Home Beaver City, Nebraska is in charge of arrangements. In leau of flowers, the family is asking for memorials be given to a scholarship fund for his grandkids, set up at the South Central State Bank in Oxford, Nebraska.

To order memorial trees or send flowers to the family in memory of Kerby Lee Strayer , please visit our flower store.