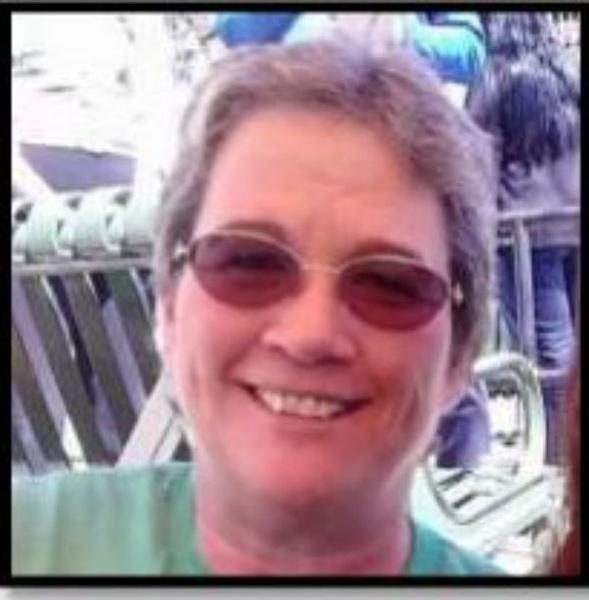 Kandy Joan Wheeler, age 55, of Oxford, Nebraska passed away on Sunday, July 1, 2018 at the CHI Good Samaritan Hospital in Kearney, Nebraska. She was born to Gilbert and Freda Dee (Hall) Knipschild on September 23, 1962 in Napa, California. She grew up in a military family and moved often during her childhood. She graduated from Beaver City High School with the Class of 1980. In 1981, she married Frank Cassidy Jr., to this union a daughter Justine was born. They made their home in Oxford, Nebraska while Kandy worked at the Oxford Cheese Factory. They would later divorce. She would marry Tommy E. Wheeler in 1987. They would live in Oxford and Kandy would work as a Med-Aid, manager for Duckwalls Variety Store and Fox’s Variety Store, and later American Butcher’s in Beaver City, Nebraska. She was a member of the Oxford’s Women’s Auxiliary and Card Club. She loved to travel, gamble, watch her great-nieces activities, family, and tattoo’s, going to music concerts. She is preceded in death by her mother Freda and step father Arlyn Marble, husband Tommy, brothers Randy and Ricky Knipschild, sister Kelly Knipschild, mother-in-law Geneva Wheeler. She is survived by her Daughter: Justine and husband Jason McMurray of Hastings, Nebraska, Fiancée Charles Moore Jr. of Oxford, Nebraska, Father: Gilbert and wife Joan Knipschild of Tuttle, Oklahoma, Sister: Kitty & husband Tony Harbison of Bastrop, Texas, brother-in-law Tom Tierney of Oxford, Nebraska, niece Paege and husband Tom Milligan and daughters Kaitlyn & Madison Ford and Emily Milligan of Oxford, Nebraska, nieces: Sarah Knipschild and son Vin & Sonja Knipschild & children Lena and Noah of Germany. Nephew Ronnie Knipschild of Las Vegas, Nevada, Sister-In-Law Charlene Campbell and Sandy Smith of Edison, Nebraska and Brother-In-Law Randy and wife Cathy Wheeler of Edison, Nebraska. There will be no viewing or visitation as cremation was chosen. Celebration of life will be Friday, July 13, 2018 at 11 AM at the Oxford Baptist Church in Oxford, Nebraska with Pastor Brian Jenkins, officiating. Inurnment will be at the Union Cemetery, Beaver City, Nebraska. Wenburg Funeral Home is in charge of the arrangements. Condolences or personal reflections may be left at wenburgfuneralhome.com

To order memorial trees or send flowers to the family in memory of Kandy Joan Wheeler , please visit our flower store.