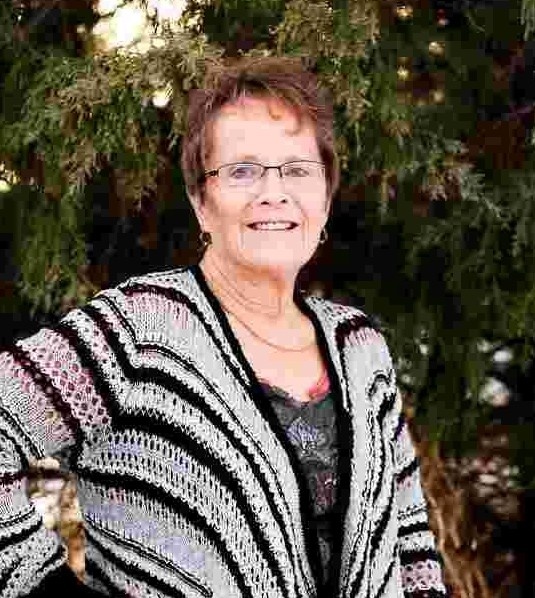 Judith A Magnus, age 81, of Valentine, Nebraska, formerly of Arapahoe, Nebraska died on Thursday, March 17, 2022, at Great Plains Health Center in North Platte, Nebraska. She was born February 17, 1941 in Adams County Nebraska. She was adopted in July of 1941 by Walter and Mildred (Maple) Schroeder.

She was confirmed May 28, 1959 in Deshler, Nebraska at St. Peters Lutheran Church. She graduated from Alexandria High School, in Alexandria, Nebraska with the class of 1959. Judith married Roger Magnus on June 7, 1959 and went on to have four daughters, Laurie, Deb, Peggy and Kathy. Her three grandsons, Brady, Tyrea, and Laine were the light of her light of her life and she was their Granny. Later was step-mom to three sons and a daughter. Judy was a mother to her four girls and to her step-kids and countless kids throughout her life. She became Granny to even more.

Judy was Roger's business partner, bookkeeper and all-around right hand. She was a meticulous housekeeper and sewed clothing for the girls along with costumes for many. Baking and cooking was always a passion and her unconditional love for animals. She was a Girl Scout and Brownie leader and a 4-H leader. She helped organize many activities for school projects, 4-H programs, Proms and Prom get-togethers before it was even thought of. She followed the girls and their classmates in all sporting events and this continued for many years to come with her grandchildren and their classmates.

Judy's last 15 years in Arapahoe were spent with Hunt Nebraska working, planning, organizing and taking care of the day to day tasks. In September 2021, Judy retired to Valentine, Nebraska.

Viewing and visitation will be Thursday, March 24, 2022 from 4 PM till 8 PM with the family present from 5 PM till 7 PM at Wenburg Funeral Chapel, 652 Main St., Arapahoe, Nebraska. Funeral services will be Friday, March 25, 2022 at 10:30 AM at Trinity Lutheran Church, Arapahoe, Nebraska with Rev. James Moshier, officiating. Service will be livestreamed on “Trinity Lutheran Church of Arapahoe” Facebook page. Interment will follow at Geneva Cemetery, Geneva, Nebraska at 3:30 PM. Memorial may be given in her name and will be designated at a later date. Wenburg Funeral Home of Arapahoe, Nebraska is in charge of the arrangements.

To order memorial trees or send flowers to the family in memory of Judith Ann Magnus, please visit our flower store.

Family Present from 5 PM to 7 PM