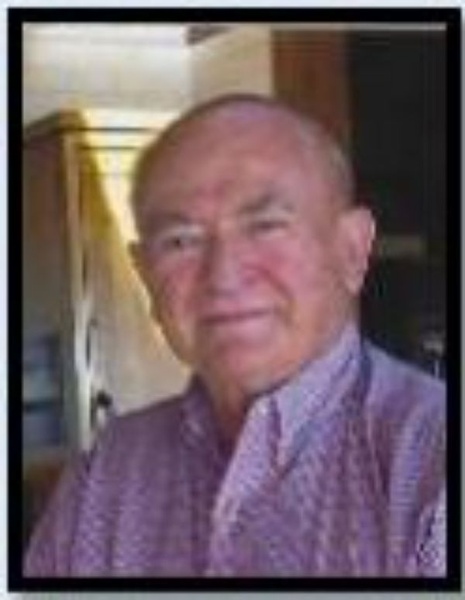 Jon N. Glanzer, age 83, of Holbrook, Nebraska passed away surrounded by family on Wednesday, July 7, 2021, at the C.A. Mues Good Samaritan Center, Arapahoe, Nebraska. He was born on February 12, 1938, at his grandparent’s family farm south of Arapahoe, Nebraska to Walter and Edna (Riepe) Glanzer. He attended school in Holbrook, Nebraska and graduated from Holbrook High School with the class of 1955. He enlisted in the Army and was stationed in Germany in 1956. He married Dolores Remington on September 21, 1957, at the Trinity Lutheran Church in Arapahoe, Nebraska and they have been married for 63 years. Jon & Dee were blessed with 4 children: Terry, Lori, Sandy, & Justin. Jon worked for the Santa Fe Railroad in Albuquerque, New Mexico for several years and the the Sandia Corporation in Albuquerque, before returning home to the family farm. He also did crop adjusting for over 37 years and was still doing it up until the time of his death. Jon & Dee enjoyed taking many trips with the Peterson group. The especially enjoyed their last trip to New Zealand. Jon also was a volunteer Nebraska state high school track official for the past 37 years. He was preceded in death by his parents. He is survived by his wife of 63 years, Dolores Glanzer of Holbrook, Nebraska; 2 daughters Lori (Eiring) and Larry Rains of Fairfield, Nebraska, Sandy and Craig Sowards of Norton, Kansas, 2 sons Terry Glanzer of Arcadia, Missouri, Justin and Carmie Glanzer of Minden, Nebraska, 9 grandchildren & 10 Great-Grandchildren. 2 brothers Gene (Joetta) Glanzer of Holbrook, Nebraska and Jerry (Joan) Glanzer of North Platte, Nebraska. Sister-in-law Kay (Larry) Green of Cherokee, Iowa, brother-in-law Doug (Cyndee) Remington of Green Valley, Arizona Viewing and visitation will be Monday, July 12, 2021, from 6 PM till 8 PM at Wenburg Funeral Chapel, 652 Main St., Arapahoe, Nebraska. Funeral service will be Tuesday, July 13, 2021, at 10:30 AM at St. Paul’s Lutheran Church, Cambridge, Nebraska with Pastor Dan Wiese, officiating. Interment will be at the Arapahoe Cemetery, Arapahoe, Nebraska. Wenburg Funeral Home of Arapahoe, Nebraska is in charge of the arrangements. Condolences and personal reflections may be left at wenburgfuneralhome.com

To order memorial trees or send flowers to the family in memory of Jon N. Glanzer , please visit our flower store.