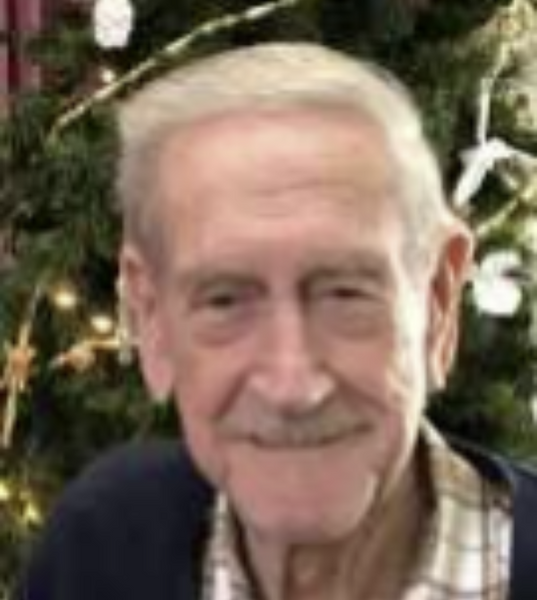 John A. Hanson, age 94, of Arapahoe, Nebraska passed away on Thursday, September 16, 2021 at the C.A. Mues Good Samaritan Center in Arapahoe, Nebraska. He was born on September 14, 1927 in Yutan, Nebraska to Harry & Dorothy (Jacobs) Hanson, the second of six children. John enlisted in the U.S. Army in 1946 and served in Austria during WWII. Upon his return, he worked as a fireman at the Ordinance Plant in Mead, Nebraska. While there he met and married Marian (Micky) Snyder of Arapahoe, Nebraska on June 6, 1953. While residing in Wahoo, Nebraska their first daughter Denise Ann (Kerry) O’Neal was born. The Hanson family relocated to San Diego, California in 1956 where John became a firefighter at NAS Miramar where he rose to the rank of Crash Captain and daughter Cindy (Joe) Maggiacomo was born. In September of 1977, John retired and they proceeded to travel the United States in their RV, always stopping in Arapahoe. John is preceded in death by his wife Mick, parents, and 5 brothers. He leaves behind both daughters, 2 grandsons, Mark Sheppard and Nathan (Krista) Sheppard, a sister Dolly Truesdell and numerous nephews and nieces. Per John’s request, there will be no memorial service. Memorials are suggested to the C.A. Mues Good Samaritan Center, Arapahoe. Wenburg Funeral Home of Arapahoe, Nebraska is in charge of the arrangements in Nebraska. Condolences and personal reflections may be left at wenburgfuneralhome.com

To order memorial trees or send flowers to the family in memory of John A. Hanson, please visit our flower store.