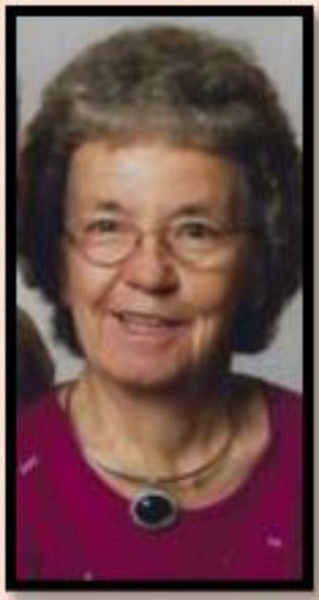 Isabelle Lucille Pfeiffer, age 78, of Arapahoe, Nebraska passed away on Wednesday, February 13, 2019 at Kearney Regional Hospital, Kearney, Nebraska. She was born on August 28, 1940 in Oxford, Nebraska to Fred and Laura “Louise” (Koeteman) Huxoll. She was the tenth in line of twelve children. Isabelle was baptized on September 5, 1940 at St. Matthews Lutheran Church in Gosper, County and later confirmed at St. Mathews on May 30, 1954. She attended elementary and high school in Holbrook, Nebraska. Isabelle met Alvin at a roller skating event in Holdrege, Nebraska. They were united in marriage on March 19, 1961 at St. Matthews Lutheran Church, Arapahoe, Nebraska. He preceded her in death on August 26, 2018. God blessed their union with three children: Ronnie, Bonnie, and Tammy. Isabelle and Alvin made their home on the farm in Frontier County and then later in Gosper County. After retirement in 1996, they moved to Arapahoe. Isabelle was a hard working woman who worked alongside Alvin on the farm, helping with irrigation, harvest and livestock chores; in addition to cooking, baking, sewing, gardening and canning. She was famous for her cinnamon rolls; getting requests from family members and friends as recently as this Christmas. And she enjoyed sewing, piecing together quilts, embroidering pillow cases and various other sewing projects. Many family members will cherish each of the hand sewn gifts she has given us over the years. Other jobs through the years included working at the school kitchen when her children were attending school, working at Coast to Coast and Hemelstrand’s Tru-Value. She was also a volunteer at the Mission Mall in Arapahoe and was member of the Trinity Lutheran Church and LWML. She loved her family and taught them the importance of God, family and hard work. In addition to her parents and husband, Isabelle was preceded in death by her siblings: Laurel Huxoll, Wayne Huxoll, Violet Hilker, June Tracy, Betty Riepe, Betty Riepe and Martin Huxoll. Also sisters-in-law Beverly Huxoll, twins Florence and Mary Pfeiffer, Lois Pfeiffer, Bonnie (Wendland) Pfeiffer and Brothers-in-law Joe tenBensel, Chet Hilker, Clarence Tracy, Lloyd Golter, Buddy Riepe, Arthur Oelkers, Lyle Pfeiffer and Floyd Farr. She is survived by her son Ron and wife Deb Pfeiffer of Houston, Texas, two daughters Bonnie Pfeiffer of Littleton, Colorado and Tammy and husband Mike Wilkins of Bellevue, Nebraska, 3 granddaughters Lauren and husband David Huitt of Colorado Springs, Colorado, Katherine Pfeiffer of Denver, Colorado and Kristin Pfeiffer of Denver, Colorado. Siblings Marjorie tenBensel of Seward, Nebraska, Chuck Huxoll, of Holbrook, Nebraska, Twyla Golter, of Flagstaff, Arizona, Norman and wife Dorothy Huxoll of Holbrook, Nebraska, Jim and wife LeAnn Huxoll of Cambridge, Nebraska. Sisters-in-law Brenda Huxoll of Cambridge, Nebraska, Judy Huxoll of Beaver City, Nebraska, Dolores Oelkers, Elwood, Nebraska, Ardella Brand, of Holdrege, Nebraska, Elaine Farr, of Elwood, Nebraska, Pat Pfeiffer, of Colorado Springs, Colorado, Dorthea Niemeier, of Elwood, Nebraska, Erma Pfeiffer, of Arapahoe, Nebaska, Brothers-In-Law: Duane Brand of Holdrege, Nebraska, Dale Pfeiffer of Colorado Springs, Colorado, LaMoyne Niemeier, of Elwood, Nebraska and Lloyd Pfeiffer of Arapahoe, Nebraska as well as numerous immediate and extended family members. She will be remembered for her easy smile, love of family, strength, hard work, and kind heart. She will be missed! Viewing and visitation will be Friday, February 22, 2019 from 2 PM till 8 PM with family present from 6 PM till 8 PM at Wenburg Funeral Chapel, 652 Main Street, Arapahoe, Nebraska and prior to the service at the church. Funeral services will be Saturday, February 23, 2019 at 10:30 AM at the Trinity Lutheran Church with Rev. James Moshier, officiating. Interment will be at the Arapahoe Cemetery, Arapahoe, Nebraska. Memorials are suggested to the Trinity Lutheran Church. Wenburg Funeral Home of Arapahoe, Nebraska is in charge of the arrangements. Condolences or personal reflections can be left at wenburgfuneralhome.com.

To order memorial trees or send flowers to the family in memory of Isabelle Lucille Pfeiffer , please visit our flower store.