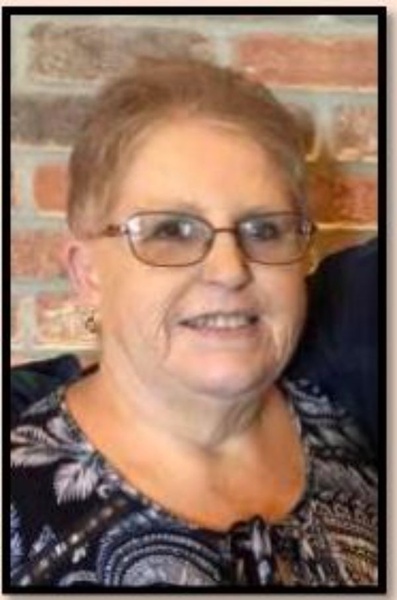 Irene Rose Wasenius, age 77, of Oxford, Nebraska passed away on Saturday, February 5, 2022, at Kearney Regional Medical Center surrounded by her family. Irene was born in Carrol, Nebraska on September 24, 1944, the oldest of eight children, to Herbert Ernest and Florence Emiline (Shufelt) Coughtry. She grew up in Northeastern Nebraska and graduated from Norfolk High School in 1962. After high school, Irene attended Norfolk Junior College for two years, graduated from Kearney State College with her teaching certificate, and then began teaching 2nd grade at Eustis Elementary School. During her pursuit of higher education, Irene was united in marriage to Allen L. Whitney on August 22, 1965. Irene would mourn the loss of her first husband, who passed away on July 14, 1968. On June 1, 1969, Irene was united in marriage to Kenneth Lee Wasenius at the Trinity Lutheran Church in Stamford, Nebraska following a beautiful courtship that sparked their lifelong love of dancing. They were blessed with five children, Melanie, Arlyn, Greg, Eric, & Kerwin. They resided on the family farm south of Oxford where Kenneth was born and raised. Irene chose to stay at home to care for her five young children. As her children grew older, Irene began to substitute teach at areas schools and worked at Becton-Dickinson in Holdrege for more than 20 years. Irene was a member of the Trinity Lutheran Church in Stamford and faithfully served in many roles. She was also a member of the Women of the ELCA, Mod Mates, and the American Legion Auxiliary. Irene had many talents that she loved sharing with those around her, including teaching, cooking, cake decorating, sewing, and gardening. She enjoyed reading, traveling, dancing, making cards for every occasion, and most of all spending time with her grandchildren. Family was a priority and she traveled to many birthday parties, school activities, and sporting events to spend precious time with her grandchildren. Irene was proceeded in death by her parents and three sisters, Judy Streeter, Ethel Schlentz, and Barbara Coughtry. Those left to cherish her memory include her husband of 52 years, Kenneth Wasenius, her daughter Melanie Frear and husband Gary of Wood River, Nebraska and their children Laramie, Sidney, Sarah, & Lacie; sons Arlyn Wasenius and wife Alisha of Arapahoe, Nebraska and their children Ashton and wife Olivia and their two children Ellowynn and Ivy of Kearney, Nebraska, Alivia, Ander, & Annaka of Arapahoe; Greg Wasenius of Oxford, Nebraska; Eric Wasenius of Oxford, Nebraska and his children Keira & Hadleigh; and Kerwin Wasenius and wife Meagan of Lincoln, Nebraska and their children Emerson, Paisley, & Gianna; brothers Lester Coughtry of Norfolk, Nebraska, Doug Coughtry of Grand Island, Nebraska, and Darrel Coughtry of Baton Rouge, Louisiana; and sister Mary Howard and her husband Bob of Thornton, Colorado; along with numerous nieces and nephews, other relatives, and friends. Visitation and viewing will be held Friday February 11, 2022, at Wenburg Funeral Home in Beaver City, NE from 4-8pm with family present from 5-7pm.Funeral services will be held on Saturday, February 12, 2022, at 10:30am at the Trinity Lutheran Church in Stamford, Nebraska with Pastor Thalia Woodworth, officiating. Interment will follow at the Stamford Cemetery, Stamford, Nebraska. Wenburg Funeral Home of Arapahoe, Nebraska is in charge of the arrangements. Condolences and personal reflections may be left at wenburgfuneralhome.com.

To order memorial trees or send flowers to the family in memory of Irene Rose Wasenius , please visit our flower store.