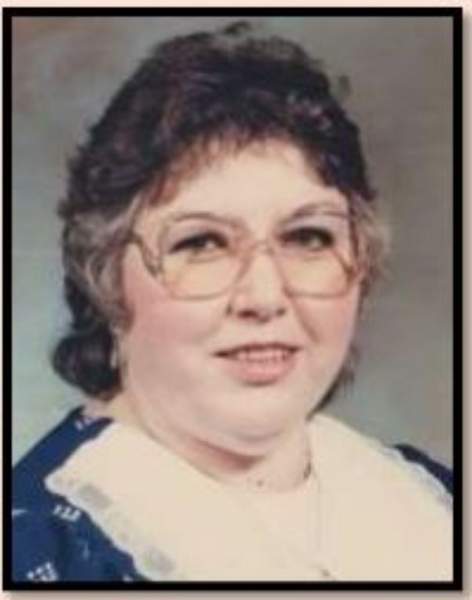 Grace “Vonney” Evon Freeborn, age 84, of Elwood, Nebraska left this world and stepped into Heaven to meet her Lord and Savior, Jesus Christ, along with family and friends waiting for her on Tuesday, December 22, 2020 at the Elwood Care Center, Elwood, Nebraska She was born on October 11, 1936 to Gracie Elizabeth (Paylor) and Buford Clyde Freeborn in Woodland, California. They moved around the Northwest until settling down in Scappoose, Oregon where she graduated in 1956. In high school, she received the nickname of Full Race Grace. Her father helped her to fix up an older Ford that apparently won a few races. After graduation, she worked as a bus driver, for a manufacturing company that made life jackets, and as a telephone operator. One day while out walking, she met Charles Jackson Gray. They were married on March 2, 1963. They purchased a 40-acre farm with a farmhouse that needed lots of repairs. She spent her days fixing the house (learning plumbing, electrical wiring, floor installing), working on her art (drawing and painting) and raising chickens, peacocks, rabbits, horses, cows and goats. She planted a huge garden and an orchard filled with a variety of fruits trees. From this union, they had three children. Tater, who died at birth on April 15, 1969, Amela (Amy) and Clyde. After the death of Tater, Grace found herself in a deep depression until in May when her doctor called her to see if she would be interested in adopting a baby girl. Vonney was so excited, she responded “yes” without consulting her husband. They welcomed Cathleika Elizabeth (Beth) into their home and hearts. Later, Amela (Amy) and Clyde followed. After Grace and Chuck divorced in 1978, she moved her family to Quartzite, Arizona where she wrote a novel and learned how to ride a motorcycle. They lived there for a year before moving to Ansley, Nebraska where she purchased a house. She worked as a waitress and cook for the Hi-Way Café in Ansley until it closed. Vonney then found more than a job, she found a career as a Certified Nurse’s Aide/Medication Aide at Heritage and Independence Hall until she retired. During those years, she took care of her father and helped raise her granddaughters. In 2011, she moved with her daughter and her family to Eustis, Nebraska where she helped to raise her grandson and supervise cooking and gardening. Dementia slowly crept in taking her away slowly from her family. She leaves behind her friends and family at Elwood Care Center, her daughter Amela (Amy) and Michael Dytrych, her grandson Samuel; her son Clyde Gray; Cathleika (Beth) and Billy Adams, her granddaughters Tausha, Courtney (James) Hage, and Taylor Potter. Great Grandchildren Arianna, Donna Jo, Evelynn and Sebastian. She also leaves behind her long-time friends, Faye and Verna. Grace joins her mother, father and a half-brother (Henry Hunnel and his wife Kay) in heaven along with her son Tater, Grandson Liam Joseph Wright and several rainbow babies, grand babies and great grand babies. She chose to be cremated and will be buried at a future date in Vernonia Cemetery, Vernonia, Oregon with her son and parents. Elwood Funeral Home, Elwood, Nebraska is in charge of local arrangements.

To order memorial trees or send flowers to the family in memory of Grace “Vonney” Evon Freeborn , please visit our flower store.