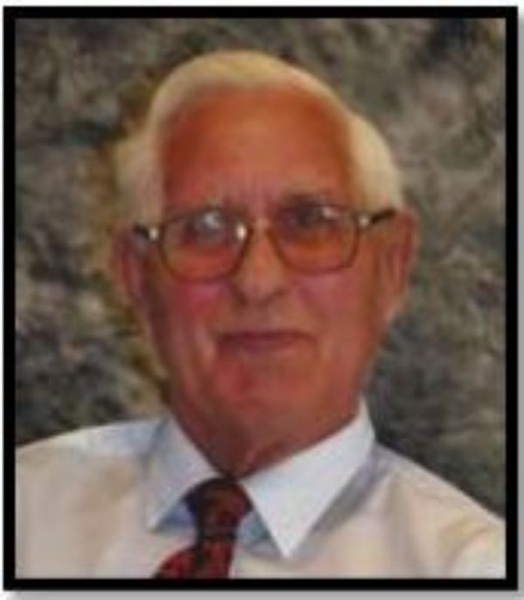 Gilbert Martin Janssen, age 88, of Norton, Kansas passed away on Tuesday, January 1, 2019 at Norton County Hospital, Norton, Kansas. He was born on March 29, 1930 to Harm and Caroline (Kamprath) Janssen in Seward, Nebraska. After his schooling, Gilbert served in the U.S. Army during the Korean War. After his discharge, he married Gretel Kopp on July 25, 1954 in Norton, Kansas. To this union three children were born; Judy, Janet, and Jerry. Early in their marriage they farmed by Hendley and Arapahoe, Nebraska and later moved to Norton, Kansas to work for Norton County as a welder. They would retire in 2000 and move to Bella Vista, Arkansas. After Gilbert’s declining health, they moved back to Norton, Kansas to be closer to family. He would volunteer at the local thrift store in Bella Vista, something he really enjoyed doing. They enjoyed worshiping at Immanuel Lutheran Church in Norton. He was a member of the Norton American Legion Post #63. Gilbert is survived by his wife Gretel Janssen of Norton, Kansas, daughters Judy and husband Aldon Pfannenstiel of Norton, Kansas, Janet and husband Robert Ledu of Colby, Kansas and son Jerry Janssen of Grand Island, Nebraska. 7 grandchildren and several great grandchildren. Brother Wally and wife Ruth Janssen of Kearney, Nebraska, sisters-in-law Claire Eppinger, of Norton, Kansas, Marlene and husband Jerry VanMatre of Beaver City, Nebraska, Charlotte and husband David Kindall of Norton, Kansas, Carolyn and husband Ed Briley of Independence, Missouri and Kathy & husband Kenneth Sell of Kearney, Nebraska and Donna Janssen of Arapahoe, Nebraska. He is preceded in death by his parents, grandson Derek, brother Bruno & Rhineholt Janssen, brother-in-law LaDon Eppinger. Viewing and visitation will be Tuesday, January 8, 2019 from 8:30 AM to 10:30 AM at Immanuel Lutheran Church at Norton, Kansas prior to the service. Funeral services will be Tuesday, January 8, 2019, at 10:30 AM at Immanuel Lutheran Church of Norton, Kansas with Pastor Rick Rostek, officiating. Interment will follow at the Norton Cemetery, Norton, Kansas with military honors presents by the Norton American Legion Post #63 and Kansas National Guard Honor Guard. Wenburg Funeral Home of Beaver City, Nebraska is in charge of arrangements. Condolences or personal reflections may be left at wenburgfuneralhome.com

To order memorial trees or send flowers to the family in memory of Gilbert Martin Janssen , please visit our flower store.