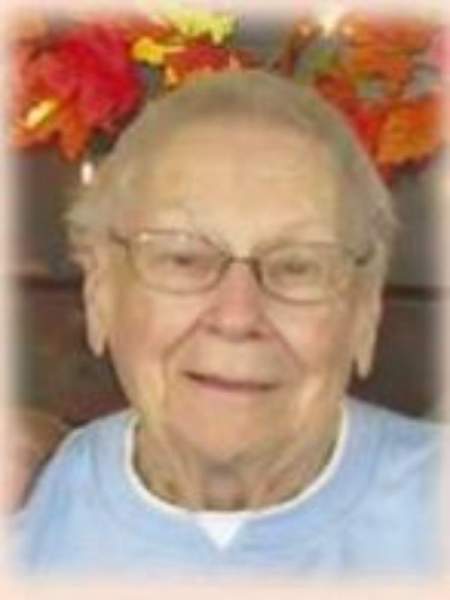 Georgia Nell Hector, age 90, of Arapahoe, Nebraska passed away on Sunday, January 24th, 2021 at her home. She was born on December 12, 1930 in Metropolis, Illinois to Vernie T. and Nell (Kennedy) Barnett. She grew up with humble beginnings as one of four children in the Barnett family. After graduating from Metropolis High School in 1947, she worked as a sales clerk for P.N. Hirsh Clothing Store. She met her future husband Howard Hector, through her brother Vernie, Jr. who was pastor in the Methodist Church near the farm where Howard grew up. They married on February 7, 1954, in Metropolis, Illinois. They made their home on the farm outside White Sulphur Springs. To this marriage two children were born: Melody & Nelson. Georgia spent her days raising her children, helping around the farm, and caring for the family and elderly & neighbors as the need arose. She often shopped for groceries with five shopping lists. Georgia was very active in the White Sulphur Springs Methodist Church, teaching Sunday school, VBS and leading many worship services including giving the message. Georgia played a small portable organ as the Hector family provided worship services at the nearby care homes for sixteen years. She always had a heart for serving others, especially God. As time marched on, both Melody & Nelson married. Melody moved to Nebraska where her husband Mike grew up. Nelson married Susan Cross and they made their farm and Holstein cattle their life. Both couples had children, all girls, and Georgia doted on her Granddaughters. She spent many hours reading books, scoping out birds, and devising games for Becky, Katie & Trina. After many years of living in upstate New York, the Hectors decided to move to Arapahoe where they made their home for the past 11 years. Georgia is survived by her daughter Melody Adams of Kearney, Nebraska, son Nelson & wife Susie Hector of Arapahoe, Nebraska. Granddaughters Becky (Kevin) Selin of Papillion, Nebraska, Katie (Logan) Dettmann of Arapahoe, Nebraska, Trina of Arapahoe, Nebraska. Georgia had four Great Grandchildren: Ellie & Willa Selin and Andrew and Adam Dettmann. Also left to cherish Georgia’s memory are brother, Vernie & wife Beverly Barnett of Decatur, Illinois & sister Mary Jane Raphael also of Decatur, Illinois. Georgia was preceded in death by her parents, Vernie & Nell Barnett, husband Howard Hector, sister Bonnie Barnett, brother-in-law Ted Raphael, & son -in-law Mike Adam. Viewing and visitation will be Wednesday, January 27, 2021 from 9:30 AM till 10:30 Am at the First United Methodist Church, in Arapahoe, Nebraska. Funeral services will follow on Wednesday, January 27, 2021 at 10:30 AM at the First United Methodist Church in Arapahoe, Nebraska with Rev. Becky Saddler, officiating. Interment will follow at the Arapahoe Cemetery, Arapahoe, Nebraska. Memorials are suggested to be left in Georgia’s name for family to designate at a later date. Service will be livestreamed on the “Arapahoe FUMC” Facebook page. Condolences and personal reflections may be left at wenburgfuneralhome.com Wenburg Funeral Home of Arapahoe, Nebraska is in charge of the arrangements

To order memorial trees or send flowers to the family in memory of Georgia Nell Hector, please visit our flower store.