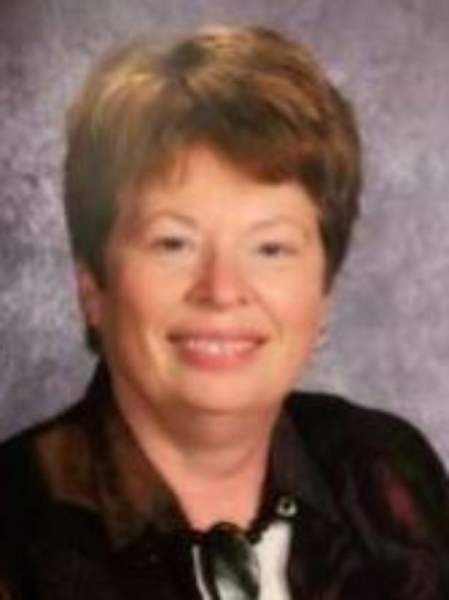 Gayla R. Probasco, age 70, of Arapahoe, Nebraska passed away on Wednesday, November 13, 2019 at the Elwood Care Center, Elwood, Nebraska. She was born on September 4, 1949 in Geneva, Nebraska to Darien and Betty (Sluka) Thomsen. Gayla spent the early years of her life growing up on the family farm. She always looked forward to taking a mid-afternoon snack to her dad as he worked in the field. As she got older she would walk over to her Grandpa and Grandma Thomsen’s to check on the cookie jar supply. Gayla was an excellent cook, which she learned by helping her mom and grandma in the kitchen. Gayla attended school in Fairmont, Nebraska and graduated in 1967. She started summer classes at Kearney State College. Gayla completed her comprehensive biology and teaching degree in December of 1970. Gayla came to Arapahoe to do her student-teaching in science and it was here that she started dating George who was teaching the sixth grade. Gayla and George were married on June 5th, 1971 in Fairmont, Nebraska. They had four children, Todd, Kari, Ryan and Erin. They enjoyed teaching, attending church activities, leading Bible studies, entertaining friends with meals and a game of cards, traveling, and gardening. Gayla was a member of the First United Methodist Church, UMW, she was the 2018 UMW Woman of the Year, Sunday School teacher, Bible School teacher, for 14-years she led the Thursday morning women’s Bible study, she was active in Nebraska Walk to Emmaus, volunteered at the Crystal Theatre and was a Cub Scout Den leader. Gayla was preceded in death by her mother Betty, daughter Kari, brother Steven, and father and mother-in-law Gail & Elsie Probasco. She is survived by her husband, George Probasco of Arapahoe, Nebraska; father, Darien Thomsen of Geneva, Nebraska; son, Todd and wife Heather Probasco and children Grace, Tripp, Daniel of Fairmont, Nebraska; son, Ryan and wife Lindsay Probasco and daughter Harper of Broomfield, Colorado; daughter, Erin and husband August Portz and children Aynslea & Delaney of Appleton, Wisconsin; brother, Gene and wife Connie Thomsen of Lincoln, Nebraska. Viewing and visitation will be Sunday, November 17, 2019 from 2 PM to 5 PM at the Wenburg Funeral Chapel, 652 Main St., Arapahoe, Nebraska. Funeral services will be Monday, November 18, 2019 at 10:30 AM at the First United Methodist Church of Arapahoe, Nebraska with Rev. Becky Saddler, officiating. Interment will be Monday, November 18, 2019 at 1:30 PM at the Bartley Cemetery, Bartley, Nebraska. Memorials are suggested to the First United Methodist Church of Arapahoe, Nebraska or the Probasco family for future cancer donations. Wenburg Funeral Home of Arapahoe, Nebraska is in charge of the arrangements. Condolences or personal reflections can be left at wenburgfuneralhome.com

To order memorial trees or send flowers to the family in memory of Gayla R. Probasco , please visit our flower store.