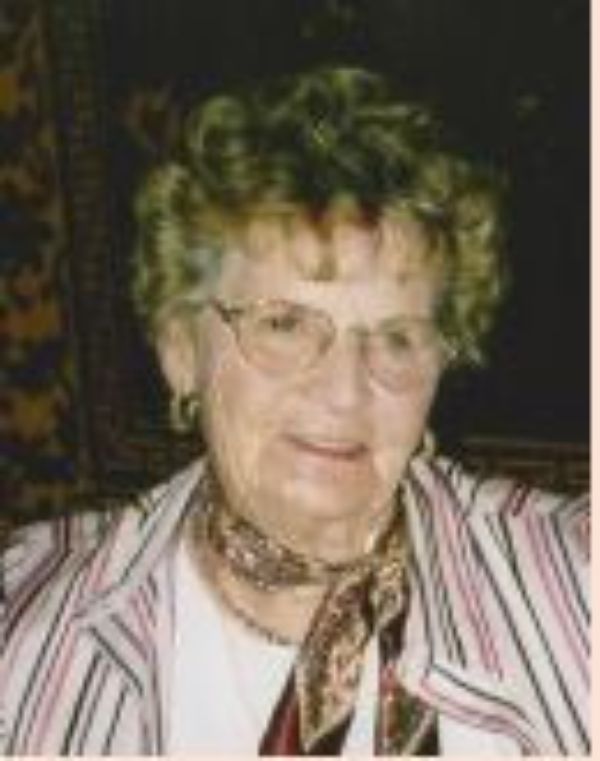 Ella R. Wilson, age 84, of Cambridge, Nebraska passed away Wednesday, December 14, 2016 at Cambridge Memorial Hospital in Cambridge, Nebraska. She was born December 28, 1931, on the family farm south of Wilsonville, Nebraska to Irwin & Melissa (Barlow) Orvis. Ella grew up at Wilsonville and graduated from Wilsonville High School with the class of 1949. She married Donalee Wilson on October 15, 1949. To this union 5 children were born; Allen, Deborah, Mary “Laurie”, Wally, & Donella. They made their home at Wilsonville were she was a dishwasher at the school. Later she would work at Becton Dickinson Company in Holdrege, Nebraska for several years and sold Avon. She loved doing yardwork, embroidery, reading, writing poetry, and gambling at the casino. Watching her grandchildren in all their activities, along with having the family over for the holidays were very fond memories for her. She was able to cross-stitch blankets for every Great-Grandchild. She was a member of the IHO Club of Wilsonville. She was preceded in death by her parents, daughter Donella, Granddaughter Kari Jurey, son-in-law David Cobb, Brothers; George, Lawrence, Kenneth, and infant John Orvis, and sisters: Leila Lang & Gladys Knutson. She is survived by her husband Donalee Wilson of Cambridge, Nebraska Son: Allen and wife Connie Wilson of Wilsonville, Nebraska Daughters: Deborah Cobb of Cambridge, and Mary “Laurie” and husband Burt Jurey of Wilsonville Son: Wally Wilson of Cambridge, Nebraska Grandchildren: 10 Great-Grandchildren: 20 Condolences or personal reflections may be left at wenburgfuneralhome.com There will be no viewing or visitation as cremation was chosen. Graveside services will be Wednesday, December 21, 2016, at 1 PM at the Wilsonville Cemetery in Wilsonville, Nebraska with Pastor Keith Theobald, officiating. Memorial are suggested to the American Cancer Society. Wenburg Funeral Home of Arapahoe, Nebraska is in charge of the arrangements

To order memorial trees or send flowers to the family in memory of Ella R. Wilson , please visit our flower store.