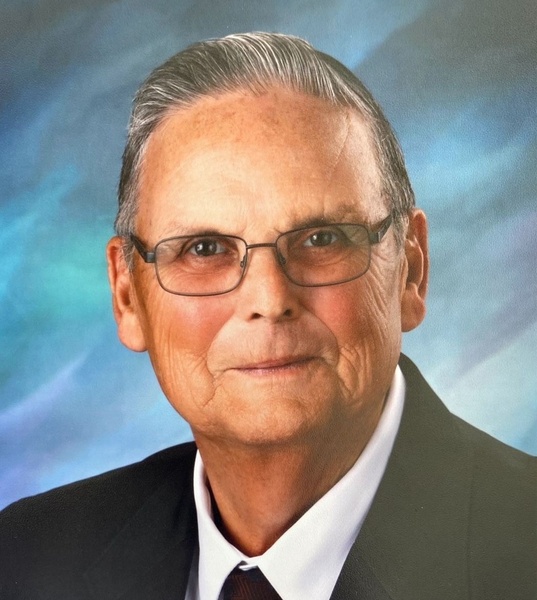 He was raised on the Garey family homestead outside of Beaver City.  When his father passed away, Margaret married Harold Ludlow of Red Cloud. Doug attended school at Beaver City Public Schools and graduated in 1960. He furthered his education by attending Kearney State College and earned his Bachelor’s degree in January of 1965. He married Betty Jean Davis of Hastings, Nebraska, on February 27, 1965, and to this union three children were born: Alan, Brian, and Dallas. He spent 31 years as a dedicated educator and mentor in the Beaver City High School and Southern Valley Public School systems where he taught business and computer technology courses. In 1998, Douglas finished his long-standing career in education. After this, Douglas and Betty acquired and operated the Beaver City Times Tribune newspaper for 12 years. He was a member of the First Presbyterian Church of Beaver City and served as a church treasurer for 40 years. Doug served as chairman of the 911 Board, a church elder, an Aksarben Ambassador, and on the Tri Valley Foundation board. Doug sang in the church choir since junior high and was a soloist for funerals, weddings, and many special occasions. He was a devoted community and church member as well as a devoted educator. Doug built many lasting relationships over the years as an active member of the community.

Doug valued spending time with his family and on the farm raising Hereford cattle. Many fall hunting seasons were spent accompanying his grandchildren. An annual highlight of his year was the family trip to Fort Robinson State Park. The Garey family has spent an extended weekend at the Fort for now 16 consecutive years. Doug and Betty spent most of their free time in retirement following their grandchildren to their numerous events.

Viewing and visitation will be held on Thursday, March 3, 2022, from 4 PM to 8 PM with the family greeting people from 5 PM till 7 PM at Wenburg Funeral Home, in Beaver City, Nebraska.  Funeral services will be held on Friday, March 4, 2022 at 10:30 AM at the First Presbyterian Church of Beaver City with Pastor George Probasco, officiating. Interment will follow at Mount Hope Cemetery, Beaver City. Memorials are suggested to Beaver City Manor and Beaver City Senior Center. Wenburg Funeral Home in Beaver City is in charge of arrangements. Condolences and personal reflections may be left at wenburgfuneralhome.com

To order memorial trees or send flowers to the family in memory of Douglas B. Garey, please visit our flower store.
Send a Sympathy Card

Family Present from 5 PM to 7 PM