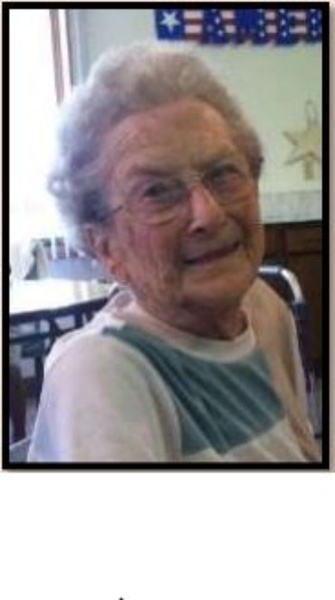 Dorothy F. Lerdall, age 99, of Elwood, Nebraska passed away on Sunday, December 1, 2019 at the Elwood Care Center, Elwood, Nebraska. She was born on July 5, 1920 on the Pittenger Farm south of Elwood to William & Minnie (Schrotberger) Pittenger, the 3rd of 4 children. She attended Ash Grove Rural School until her family moved to the new farm 3 miles southwest of Elwood where she resided until 2013 when she became a resident of Elwood Care Center. Dorothy graduated from Elwood High School with the class of 1937. After graduation, she worked at a farm service office in Elwood. On February 3, 1943 she was united in marriage to Glenn Lerdall in Lexington, Nebraska. They had 3 children; Dennis, Terry, and Karen. Her life was full, caring for her children and grandchildren, cooking, gardening, and after children were grown, she fulfilled her dream of painting. Dorothy was very proud of the farm and was a recipient of the Aksarben Pioneer Farm Family Award for 100 years of continuous ownership in 2014. She was a member of the Elwood United Methodist Church, receiving her 75-year membership pin in 2009. Dorothy was preceded in death by her husband, parents, brother Gordon R. Pittenger, Sister Susie Krumme & husband Clifford, Meredith Tilson, son Dennis and wife Lila. She is survived by her son Terry (Susie) Lerdall of Elwood, Nebraska, daughter Karen Hays of Holdrege, Nebraska, 6 Granddaughters; Jen Austin of Frisco, Texas, Jodi Lerdall of Elwood, Teresa (Jeff) Moore of Holdrege, Nebraska, and Mindy Young of Holdrege, Katie Lerdall of Cozad, Nebraska, and Heidi (Shawn) Church of Lexington, Nebraska, Great-Grandchildren: Jada & Clara Lerdall of Elwood, Finley, Kallan, and Piper Austin of Frisco, Texas, Madelyn and Jaren Moore of Holdrege, Nebraska, Noah, Aidan, and Collin Young of Holdrege, and Rylee and Jacie Church of Lexington. The family is honoring her wish for cremation. Visitation will be Friday, December 6, 2019 from 1 PM till 2 PM with a Memorial Service following at 2 PM at Elwood Funeral Home, Elwood, Nebraska, with Pastor Dan Wiese. Inurnment will be at the Elwood Cemetery at Elwood, Nebraska at a later date. Memorials may be given to the Elwood United Methodist Church. Elwood Funeral Home, of Elwood, Nebraska is in charge of the arrangements. Condolences or personal reflections may be left at elwoodfuneralhome.com.

To order memorial trees or send flowers to the family in memory of Dorothy F. Lerdall , please visit our flower store.