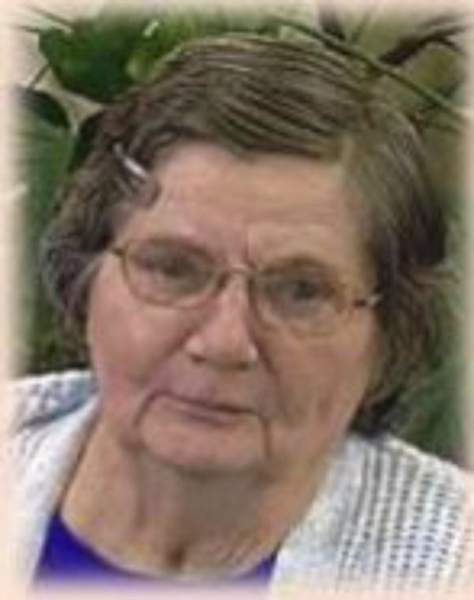 Dorothea Clara “Dorothy” Hoefs, age 82, of Arapahoe, Nebraska passed away on Sunday, February 7, 2021 at Phelps Memorial Hospital, in Holdrege, Nebraska. She was born on November 27, 1938 at Gosper County, Nebraska to Cornelius and Clara (Ziebell) Wendland. She was the fourth in line of five girls. She attended country school at Immanuel Lutheran School until high school. She attended Arapahoe High School and graduated with the class of 1957. On July 6, 1958, Dorothea married Garrett Hoefs at Trinity Lutheran Church in Arapahoe, Nebraska. The marriage was blessed through Lutheran Family Adoption Services with two children: Monica Ann in October of 1967 & Alan Terry in September of 1969. Dorothea enjoyed being a farm wife, raising children, and being a homemaker at their home in northeast of Arapahoe, in Gosper County. Later she worked for 15 years at Cambridge Manor as a certified nurse’s aide. She enjoyed crocheting, knitting, sewing, gardening, and cooking. She was a wonderful cook and would always make sure everyone had a favorite dish on the table. She was also a long time member of Trinity Lutheran Church where she taught Sunday school. Dorothea was preceded in death by her parents Clara on June 29, 1974 and Cornelius on August 18, 1986, sisters Rosalie Blauvelt on May 18, 2006, Corinne Haas on December 26, 2006, DeMarris Carlson on January 19, 2014, & Arliss Carter on June 24, 2017. She is survived by her husband Garrett (Gary) Hoefs of Arapahoe, daughter Monica & husband Doug Roesener of Holdrege, Nebraska, son Alan Hoefs of Arapahoe, granddaughter Gabrielle (Gabby) Contreras of Lake Stevens, Washington, and many other extended family members. A private family Funeral Service will be at the Trinity Lutheran Church in Arapahoe, Nebraska with Rev. James Moshier, officiating. There will be no viewing or visitation. Burial will be at the Arapahoe Cemetery, at Arapahoe, Nebraska. Memorials and sympathy cards may be sent to: Gary Hoefs, 42862 Road 727, Arapahoe, NE 68922. Wenburg Funeral Home of Arapahoe, Nebraska is in charge of the arrangements. Condolences and personal reflections may be left at wenburgfuneralhome.co

To order memorial trees or send flowers to the family in memory of Dorothea Clara “Dorothy” Hoefs , please visit our flower store.