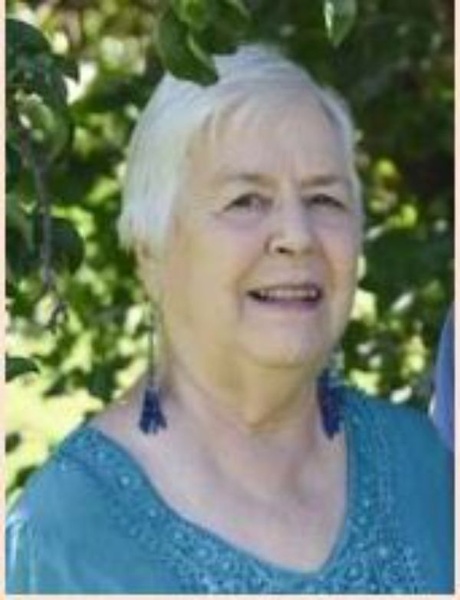 Doris Irene (Reigle) Uphoff, age 81, of Elwood, Nebraska, passed away on Wednesday, December 8, 2021 at her home. She was born August 7, 1940, to Ray and Myrtle Reigle in Cherry County, Nebraska. Doris always preferred the outdoors so she spent her childhood helping her parents with ranching chores and animal care. During high school she was very active in girls' athletics and was a formidable pitcher and shortstop on the softball team and a force on the volleyball team. On January 3, 1959, she married Mel Uphoff on the coldest day of the year. To this union, two daughters were born. The family moved to Lexington when the girls were small and lived there until 2006 when they moved to Elwood. Shortly after moving to Lexington, Mel and Doris began raising horses – Primarily Appaloosas but also Quarter horses and Paints. A few years later they became quite active in breed horse shows and 4-H shows. After their daughters graduated, they switched gears from horses to Boar goats where they were also very active with various organizations. While the girls were growing up, Doris was a stay at home mom who was active in supporting her daughters in school and their activities. She was also quite active in several ladies' organizations that she really enjoyed. Always an outdoor girl with a spirit of adventure, Doris celebrated her 50th birthday by traveling to Colorado with a friend where they went on a five day long private trail ride over the Continental Divide. Through the years, Doris had a couple of home-based businesses and worked at a couple of different jobs – all of which she enjoyed very much and where she made many dear friends. She and Mel also really enjoyed volunteering at Morton Elementary, mentoring and teaching at the Lexington GED program, and the Elwood Schools. One day while working with one of her mentees, she became aware of the need for a food pantry so that children, families, and elderly were not going without food, so she began the legwork and research on starting a program. Doris was instrumental in creating the very successful Gosper County Food Pantry which is providing help to so many. She and Mel enjoyed working at the pantry several times a month, and Doris did the bulk of the paperwork until the past year when she handed those reins to younger hands. As grandchildren came along, she and Mel enjoyed following their interests: theater, music, cheerleading, dance, volleyball, basketball, track, football, and baseball. When they weren't volunteering or taking care of the horses and goats that she and Mel enjoyed raising, she was an avid fan of Nebraska girls’ sports, rarely missing televised Husker volleyball game. The past several years they branched out to watching Husker basketball as well. Every spring would find Doris and Mel watching the College World Series for softball and baseball. They both would pick a team to cheer for; Doris always chose an underdog. Recently she also enjoyed watching college volleyball games on-line coached by oldest granddaughter, Jessica. Her observations of games and players were surprisingly accurate and insightful. Most nights would find Mel and Doris settling into their chairs to watch rodeo on tv and she enjoyed keeping track of those. Doris is survived by and will be dearly missed by the love of her life, Mel Uphoff; daughter Carla and husband Dennis Tjaden of Cocoa Beach, Florida; daughter Cyndi and husband Kevin Hamburger of Sioux City, Iowa; granddaughter Jessica and husband Jeff Squier of South Sioux City, Nebraska, and their children (great-grandchildren to Doris) Quinncy (5) and Messer (2); grandson Justin Tjaden and fiancé' Hannah McGhee of Akron, Ohio; granddaughter Emily Hamburger of Lincoln, Nebraska; granddaughter Anna Hamburger of Sioux City, Iowa; and granddaughter Isabel Hamburger of New York City, New York; sister, Marjorie Pearson, of Mullen, Nebraska; sister-in-law Kay Uphoff of Lincoln, Nebraska. Many nieces and nephews and a multitude of friends. She was preceded in death by parents Ray and Myrtle Reigle of Mullen, Nebraska; In-laws Carl and Beth Uphoff of North Platte, Nebraska; brother-in-law Donald Pearson of Mullen, Nebraska; and brother-in-law Milt Uphoff of North Platte, Nebraska. Memorial services will be Tuesday, December 14, 2021, at 10:30 am at Elwood United Methodist Church in Elwood, Nebraska with Rev. Soonil Park followed by lunch. Inurnment will follow at Fort McPherson National Cemetery in Maxwell, Nebraska on Tuesday, December 14, 2021 at 1:00 pm. Memorials are suggested to Gosper County Food Pantry. Elwood Funeral Home of Elwood, Nebraska is in charge of the arrangements. Condolences and personal reflections can be left at wenburgfuneralhome.com

To order memorial trees or send flowers to the family in memory of Doris Irene (Reigle) Uphoff, please visit our flower store.